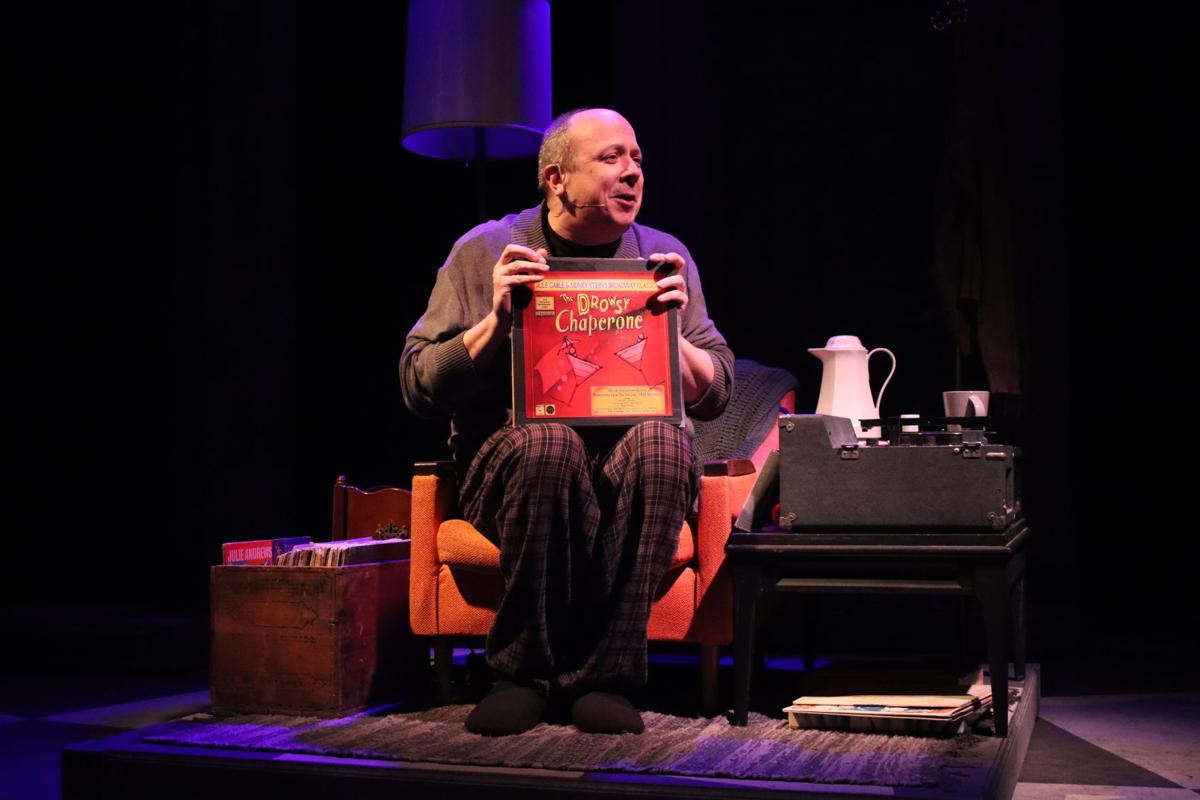 Jonathan Kronenberger as Man in Chair 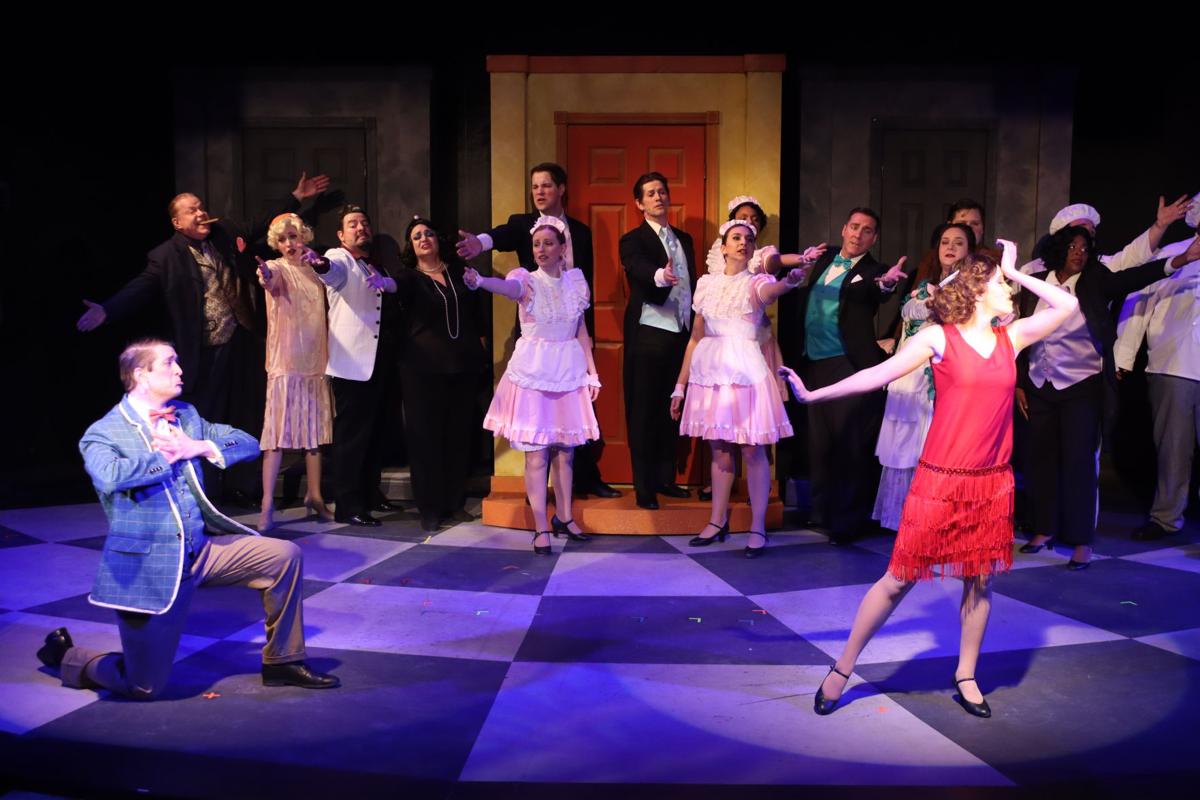 The cast of "The Drowsy Chaperone"

“I hate theatre,” says a frumpy, effeminate middle-aged man (Jonathan Kronenberger) from his comfy center stage chair at the start of this play. He is talking directly to the audience that has gathered at French Creek Theatre, adding that he particularly hates plays that break the fourth wall.

But when he’s a little blue, he tells us, he likes to listen to original vinyl cast album recordings of 1920’s musicals, with their catchy show tunes, predictable plots and cookie cutter characters. And his favorite is Gable and Stein’s “The Drowsy Chaperone,” which he offers to play for us on an old turntable. And then does.

When he does, his drab apartment transforms into a Broadway stage and the madcap musical miraculously comes to life. It is populated with period Great White Way archetypes that include a beautiful starlet (Kaylea Kudlaty) who is giving up fame to marry a rich, self-infatuated playboy (Adam Rawlings), her hard-drinking and perpetually drowsy chaperone (Amiee Collier), the playboy’s best friend (Andrew Keller), a manipulative Broadway producer (John J. Polk) and his airheaded arm-candy (Meg Martinez), a ditzy dowager (Kate Leigh Michalski) and her stoic butler (Brian Altman), an aviatrix (Sara Danielle Chapman), a foreign heartthrob (Trey Gilpin), and two hard-nosed but soft-in-the-middle gangsters (Anthony Savage-Williams and Adam Patterson).

Together, they recreate their classic production as our effusive host offers us a running color commentary about the musical theatre of the period, this show in particular, and the private lives of the old-time actors who appeared in it.

Bob Martin and Dan McKellar’s 2006 Tony Award-winning “The Drowsy Chaperone,” with music and lyrics by Lisa Lambert and Greg Morrison, is a thoroughly enchanting meta-theatrical musical that pokes great fun at the very art form it is embracing. As such, this show is a high-wire balancing act of sorts, with actors having to perform intentionally bad production numbers well, play purposefully broad characters with realistic intent, and sell outmoded wordplay, silly slapstick and an excess of spit-takes as if vaudeville were alive and well.

Fortunately, this production and these players do everything right with what is intended to be so very wrong and manage to deliver a very entertaining musical within a crazy comedy. And with Kristy Cruz’s delightful choreography under Jordan Cooper’s full-speed-ahead direction, there is never a dull moment on stage.

At the show’s epicenter is the very endearing and nebbishy Kronenberger as our host, who never crosses that fine line between character and caricature, and whose comic timing is flawless. But make sure not to take your eyes off of Collier as The Drowsy Chaperone and Gilpin as Aldolpho, the Latin lover, for they are walking and talking sight gags who find more, and more outlandish, comic moments than are provided in the script.

The exceptional lead and supporting cast are joined by a very talented ensemble (Neely Gevaart, Zenzi Pelligree, Emma Victoria Clark, Aaron T. Phillips and Michael Emery Fox), who do much of the heavy lifting in terms of singing and dancing during this show’s many musical numbers and, literally, in terms of flipping set pieces during the production.

The only thing hampering this production is its small budget. Scenic designer Nic Thornburg’s transformation of our host’s small apartment into a supposedly glitzy Broadway stage during the heyday of high-budget musicals is unimpressive, though Vanessa Cook’s costuming helps. There are no live musicians supporting this production either, but sound designer Stan Kozak makes the rented orchestral tracks seem as if there are.

“The Drowsy Chaperone” is an outrageous spoof and the folks at French Creek Theatre do it justice. And then some.