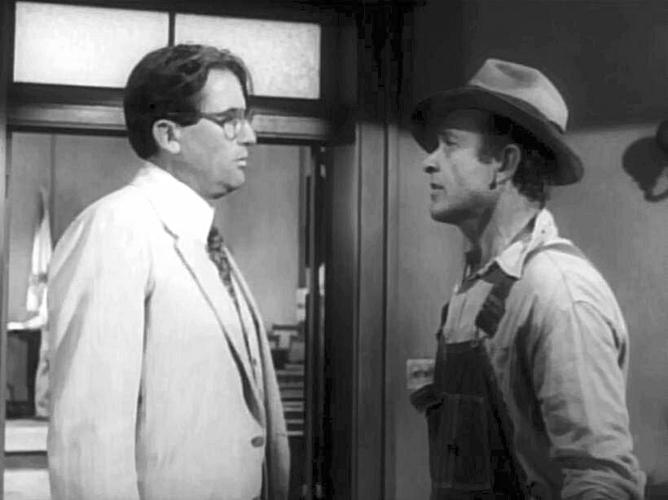 Gregory Peck, left, and James Anderson in the "To Kill a Mockingbird" film 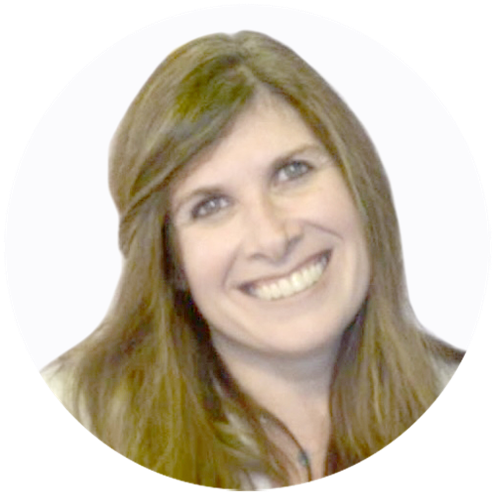 In 1955, Rosa Parks refused to give up her seat to a white man on a bus in Alabama, ultimately contributing to an acceleration of the pace of civil rights reform. Harper Lee’s celebrated novel, “To Kill a Mockingbird,” was published shortly after that in 1960, in the early stages of the civil rights movement in the South. The novel became a mainstay of educational curriculum as early as 1963, serving as a timely window into segregation, prejudice and racial injustice, validating the need for change.

Aaron Sorkin’s stage adaptation of the novel opened on Broadway in 2018 and has finally made its way to Cleveland’s Playhouse Square. This restructured take on the novel, with its incredibly talented cast, is something special to behold.

If you are familiar with the novel, or the 1962 film, you will notice a purposeful shift in this stage version that puts the coming of age story of Scout, Jem and Dill, hoping to make the mysterious, reclusive Boo Radley come out of his house, secondary to the central plot of Tom Robinson’s trial.

Tom Robinson, a Black man, is accused of raping the young, underprivileged Mayella Ewell, the white daughter of abusive, bigoted Bob Ewell. Scout Finch, brother Jem, and friend Dill serve as narrators, sweeping us in and out of flashbacks while regularly returning to the trial.

The structure and pace keep us riveted through this three-hour journey more effectively than the lush narration of lazy summer days that we may be used to from previous iterations. And the trial as the immediate focal point, rather than taking place half way through the story, heightens the tension and puts the question of racial prejudice in today’s justice system front and center.

Casting the child roles of Scout, Jem and Dill as adults was a gamble that paid off, especially with the talents of Melanie Moore, Justin Mark and Steven Lee Johnson, respectively. It allows the characters to maintain a sense of innocence, while balancing the right amount of intensity and humor. The actors are masters at their craft, drawing us into their world, forcing us to grow up too quickly alongside them. They are the anchors of this play, and we hang on their every word as they try to make sense of nonsensical bigotry, and they implore us to “all rise,” a phrase steeped in meaning.

In Sorkin’s version, the character of Atticus is the greatest departure from its film counterpart. Gregory Peck’s Atticus is the perfect man, ultimate role model, solid father and heroic upstander. He fights the war on prejudice with an even-keel, quiet super strength; he is David in the Goliath story. Sorkin fleshes out the character, toppling him from his pedestal. He is a good, honest man with integrity – but human, with human flaws.

Richard Thomas portrays every facet of Atticus with that same integrity. He is true to every emotion, from his tender moments with Scout and Dill to his carefully planned explosive moments in the courtroom, to his tearful closing arguments in which he breaks the fourth wall, making us the jury, imploring “we’ve got to close this wound or we’ll never stop bleeding!”

It is during his conflicts with Jem when his idealistic notion about respecting every individual, whether or not they deserve it, comes into question. Jem disagrees, and so does their outspoken housekeeper, Calpurnia, played impeccably by Jaqueline Williams, in a newly expanded role. Williams has the perfect amount of passive aggressive snark, delivering some real zingers. If Atticus is the moral compass of the story, she certainly shakes the needle, exposing some hard truths he must face.

On opening night, the vibe changed instantly when Joey Collins made his entrance as Bob Ewell, and the audience went still. Collins physically and emotionally captures the evil essence of this villain who abuses his daughter, attacks Scout and Jem, and bears some responsibility for Tom’s incarceration and ultimate demise. As he touted his Ku Klux Klan membership, and spouted antisemitic rhetoric, it wasn’t lost on those of us who are Jewish that Wednesday evening was also Yom Hashoah, Holocaust Remembrance Day. The timing leaves a stinging reminder that we are still grappling with these same issues, and that our society has a lot of work to do.

Arianna Gayle Stucki breaks our hearts with her passionate and frustrating testimony as Mayella Ewell. Anthony Natale gives a meaningful performance as Link Deas, making us truly listen to every word that he signs and speaks. The entire cast delivers incredible performances, and it is a special treat to watch Mary Badham, Scout in the film, as the tortured Mrs. Dubose.

There are, however, several missteps in this updated version. Atticus’ lesson about shooting a mockingbird now appropriately occurs during the trial, but when it is later used in reference to Boo Radley, it isn’t Scout who makes that revelation, it is Judge Taylor, which is less effective. Speaking of Boo Radley, his whole storyline is anti-climactic, from the items left in the knothole, to the mystery surrounding his character, to his understated heroism. In fact, Scout and Jem’s “long walk home” that results in Bob Ewell’s death does not have the same chilling impact that we have come to expect.

But the trade-off is an important, necessary portrayal of a time in our past that still seeps heavily into our present; a time full of wrongs that we haven’t been able to right. All we can do is hope that, like Scout, Jem and Dill, our children will continue to question the adults in their lives, demand better from them and be the change makers that our world needs. These are a few of many thoughts provoked by this “must-see” production.

Sheri Gross is the CJN theatre critic. She is a performer, director and freelance writer from Solon. She was the director of the Mandel JCC Playmakers Youth Theatre and Pilloff Performing Arts Camp for over 20 years and is the director of creative programs at Gross Schechter Day School in Pepper Pike.

WHAT: “To Kill a Mockingbird”

Harper Lee’s “To Kill a Mockingbird”

A new play by Aaron Sorkin

Former Carrie Cerinos back on market as Glassman sells