At 56 Kitchen’s first Concert in the Park(ing) Lot, co-owners Jay Leitson and Izzy Schachner “sold out” Solon Square Shopping Center for a benefit concert supporting COVID-19 frontline workers on May 3.

Featuring Solon High School student band Slap Happy, comprised of Benji Grossman, Isaac Mauldin, Caleb Stacey and AJ Huang, attendees received a $10 gift certificate to the restaurant with a $10 donation. The band also donated their fee back to the fundraiser.

Schachner said 65 vehicles came to the concert, with 200 to 250 people attending. Since the parking lot can only hold so many cars while properly observing safe social distancing practices, Schachner added there is a list of more than 100 cars on standby if they were to hold another concert in the future. There were also vehicles that couldn’t get in that parked outside of the perimeter to listen to the concert. 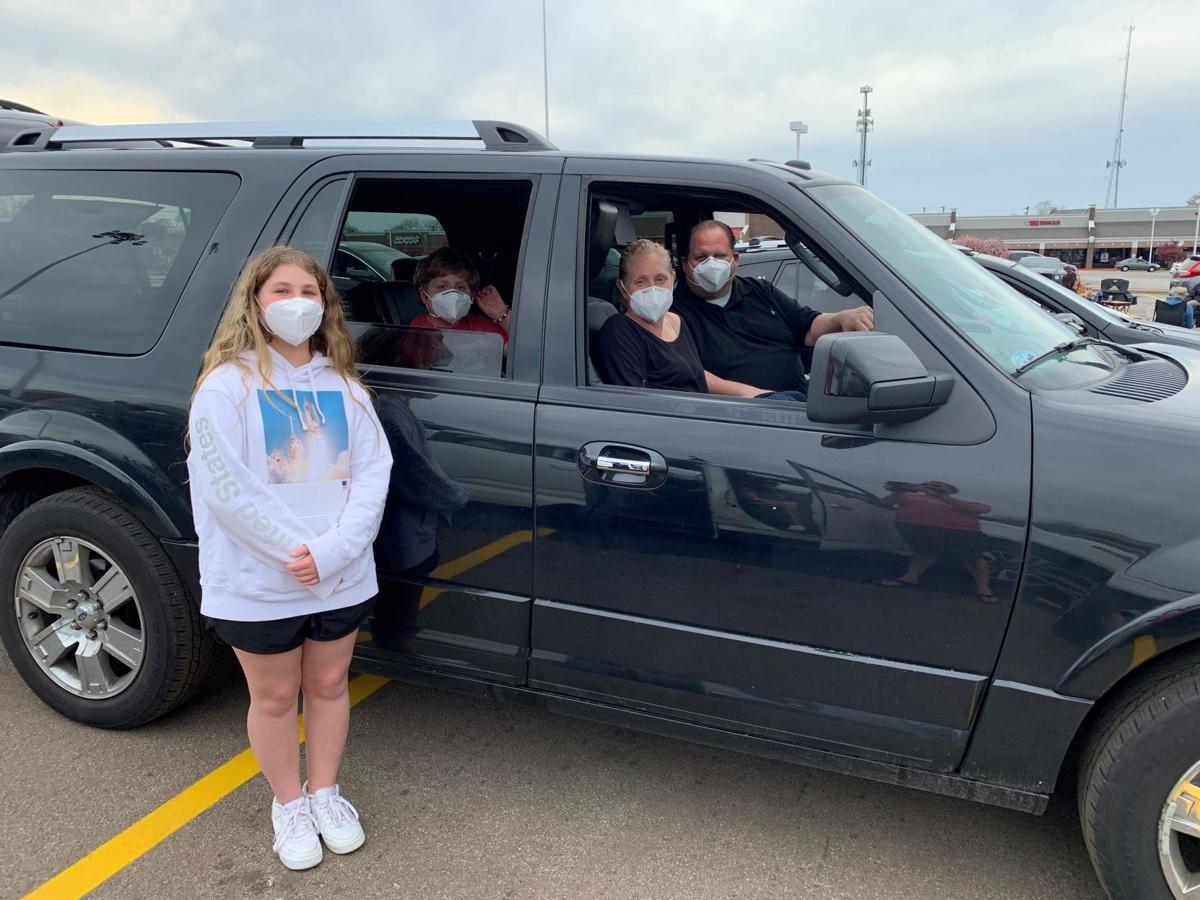 Ashley, from left, Jonah, Melissa and Jeffrey Rosen of Solon enjoy the concert. 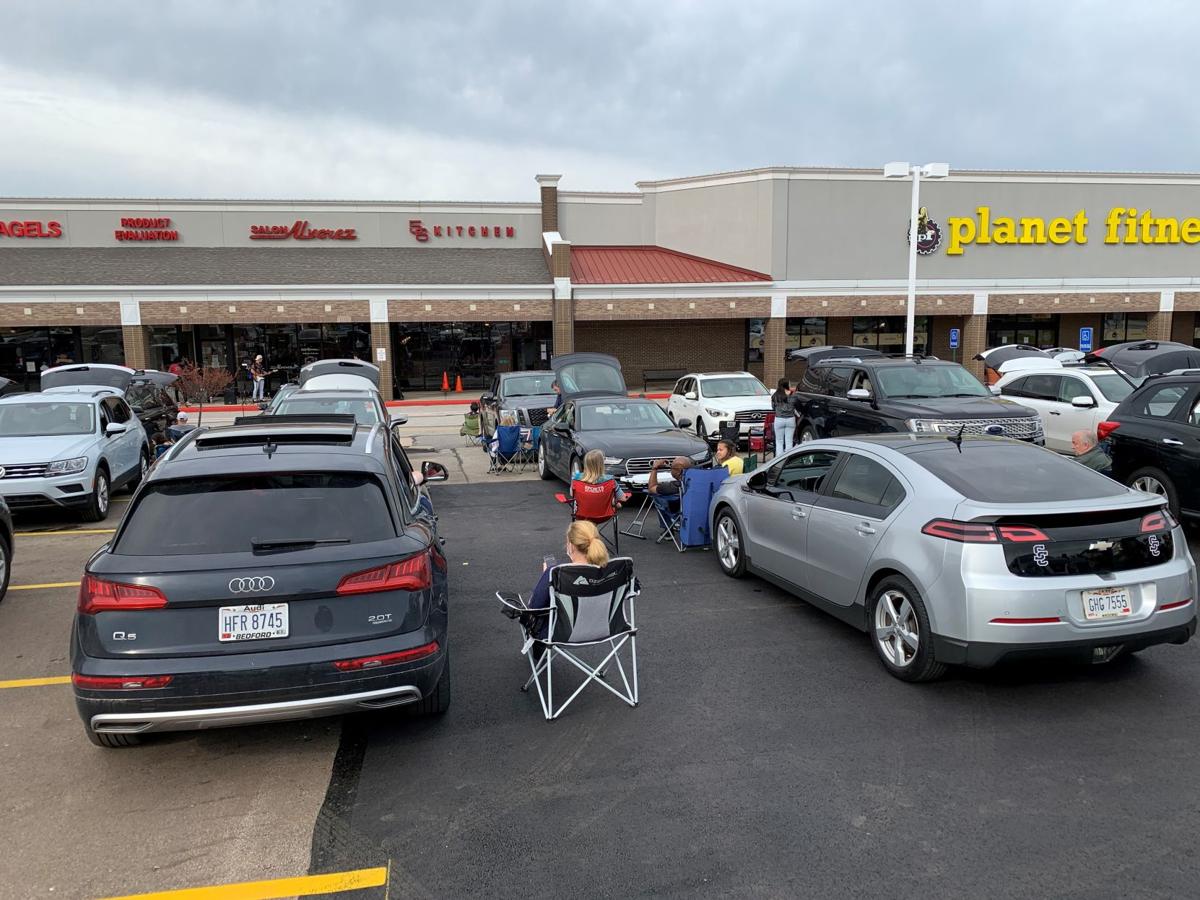 Social distance is encouraged in the parking lot. 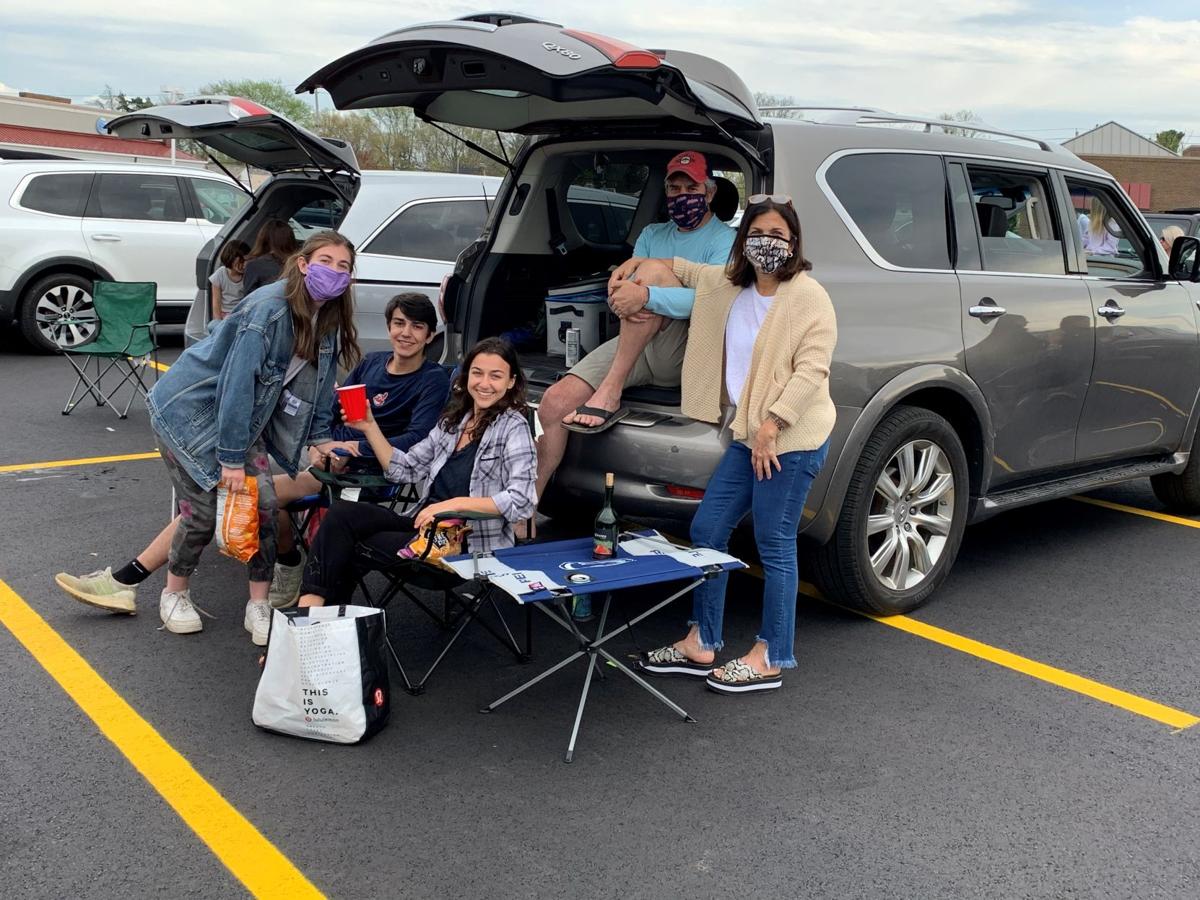 Zara, from left, Zach, Zoey, David and Missy Gottlieb of Solon are ready for the performance.

Ashley, from left, Jonah, Melissa and Jeffrey Rosen of Solon enjoy the concert.

Social distance is encouraged in the parking lot.

Zara, from left, Zach, Zoey, David and Missy Gottlieb of Solon are ready for the performance.

“We raised enough money to do a little over 200 meals, but we’re going to go ahead and add over 100 more meals to that because we’ve gotten calls from University Hospitals and the Cleveland Clinic system with their departments interested in us coming out to feed them. So, this (event) was more so to help us with the costs of buying food,” Schachner said.

He added many people stopped by just to donate, with a few couples banding together to donate $300. He said other community members like Solon Mayor Eddy Kraus, members of the city council and the Solon Police Department stopped by in support.

“It’s a lot of work organizing an outdoor concert from figuring out the social distancing rules in the parking lot, how to place cars to all the logistics in making sure the food came out properly,” he said. “It was a lot of work for Jay and I, but it also had the most amazing vibe. People thoroughly enjoyed themselves. It was amazing. Everyone was so supportive and people were so thankful to be able to safely socialize with those they haven’t seen since the quarantine. It was fun to watch it all happen.”