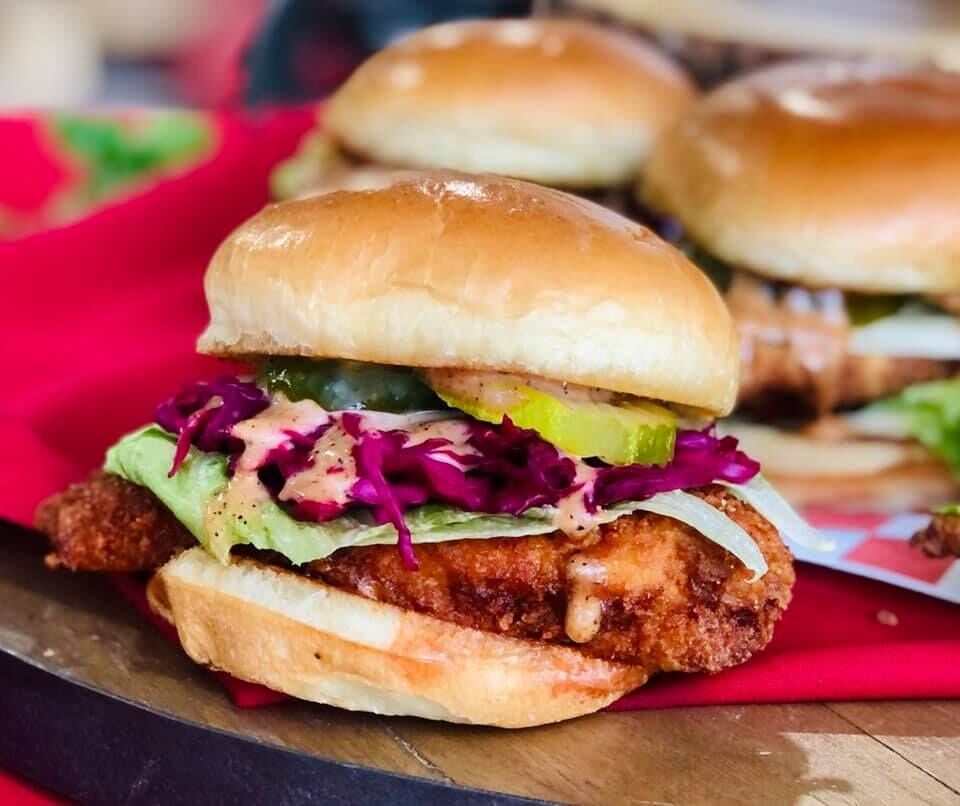 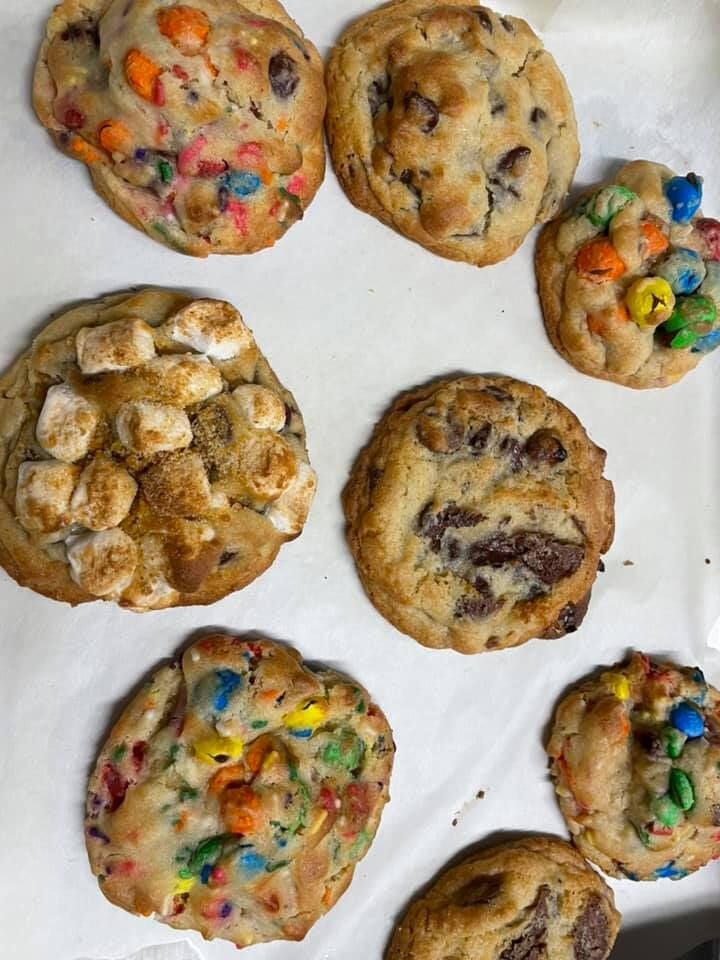 Birdigo, a chicken and custard concept preparing to open in Solon, will offer dessert as well as its chicken, including assorted cookies. 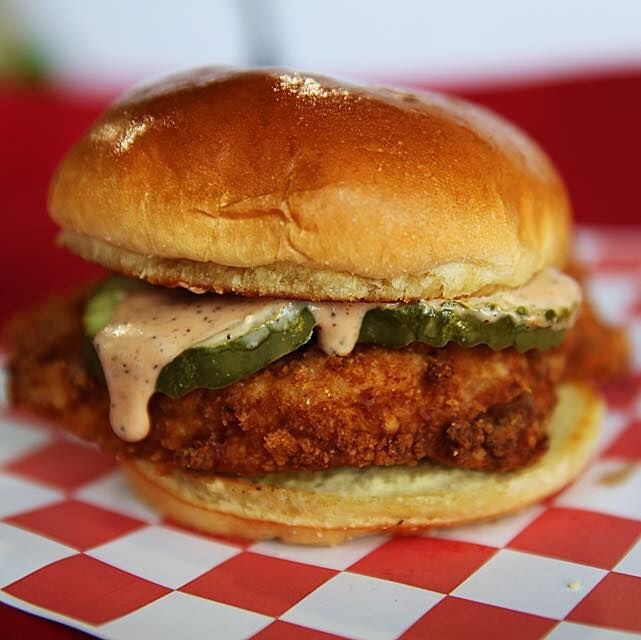 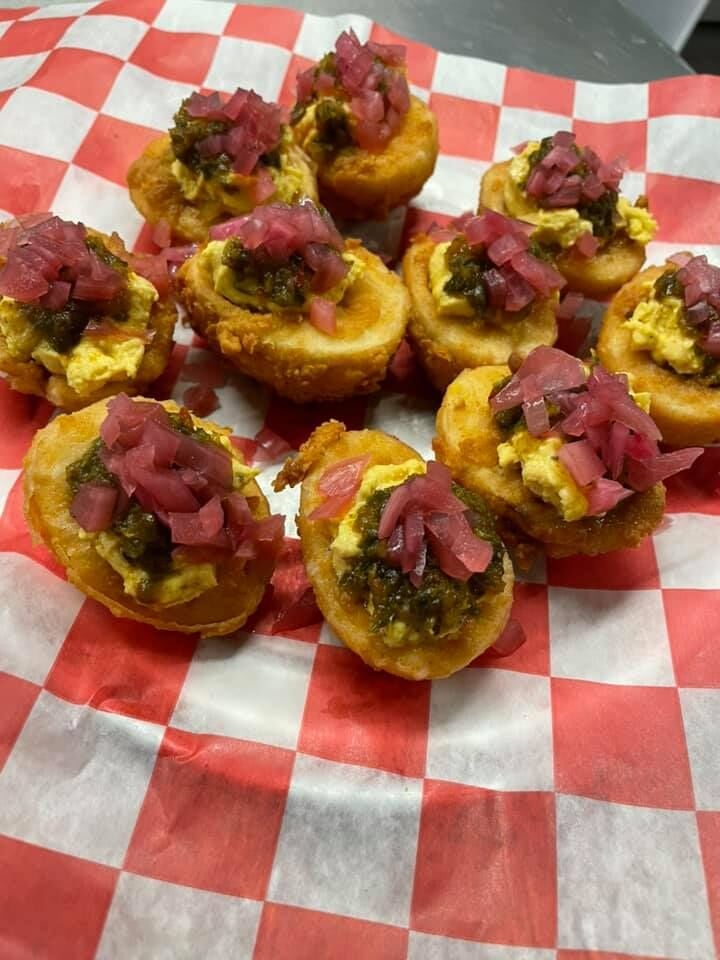 Birdigo’s menu is rounded out by side dishes, including fried deviled eggs.

Birdigo, a chicken and custard concept preparing to open in Solon, will offer dessert as well as its chicken, including assorted cookies.

Birdigo’s menu is rounded out by side dishes, including fried deviled eggs.

Originally announced in January, Birdigo in Solon is preparing for its soft opening on July 27.

A chicken and custard concept created by Jay Leitson and Izzy Schachner of 56 Kitchen, and Michel DuBois and Adam Kemelhar of Imperial Wok, the restaurant is also opening with the assistance of Marc Glassman, Mike Fratello and Bob Reiner.

According to Leitson, the restaurant will be open at 11 a.m. on Tuesday through Sunday, and remain open until they run out of food for the day for the first two weeks of business. Once the team has “everything in place and we can handle everything,” a grand opening will be held in a few weeks. Once fully up and running, regular hours are planned for 11 a.m. to 8 p.m. Tuesday through Sunday.

“It’s been a long journey, but we’ll make it through, I think,” Leitson told the Cleveland Jewish News July 22. “We’re pretty much ready to go, just minor details left. Nothing major. It looks good, the food is good. I really think it’s going to take off.”

Located at 32975 Aurora Road, the restaurant will feature chicken – tenders, sandwiches and rotisserie-style – along with an assortment of sauces, sides and custards.

Tenders come in an assortment of three, five or eight, with a choice of 12 sauces ranging from chimichurri, Nashville hot, Ohio maple BBQ, Thai sweet and spicy and habanero salsa. Customers can also order cauliflower bites, with a choice of a sauce.

Customers will also have a choice of sides, salads and tater tots with toppings. There are also smashers – fingerling potatoes that are roasted and smashed, then fried. Desserts include house-made cookies and custard.

Of everything on the menu, Leitson said he has trouble picking a favorite.

“Our rotisserie chicken is amazing,” he said. “The sides are also amazing. The grits and greens specifically are great. But, the chicken tenders are very good, too.”

Birdigo will operate as a test kitchen at first, with pickup and delivery only. Customers can order by telephone at 440-809-8888 or online at eatbirdigo.com.

Solon residents will soon have a new food option in Birdigo, a chicken concept to open in the former Mama Jo’s Pizza storefront at 32975 Aurora Road.

Comedy returns to the east side with Bogey’s reopening