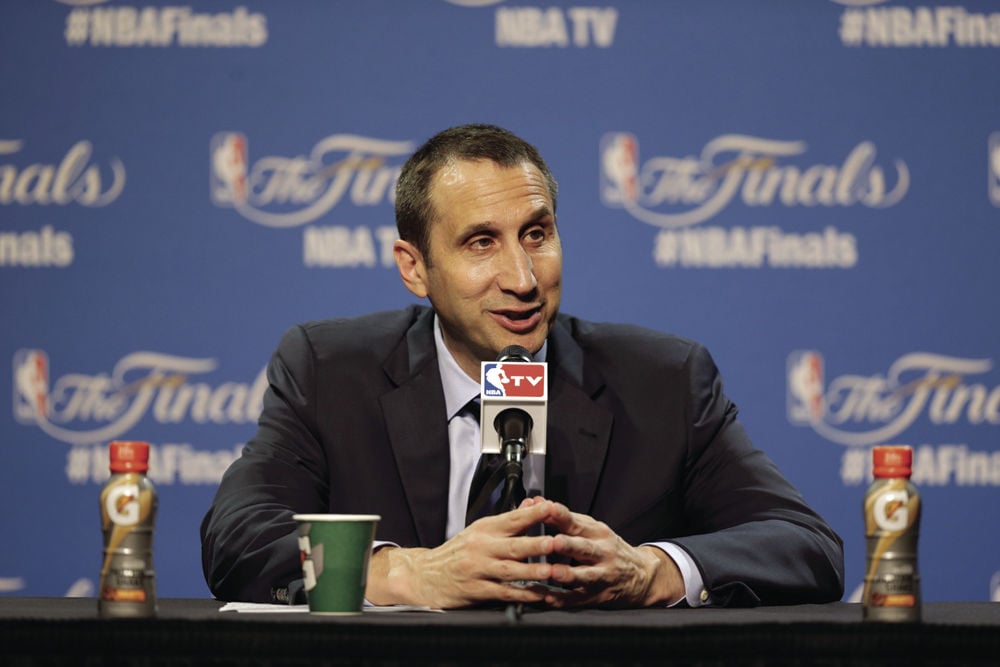 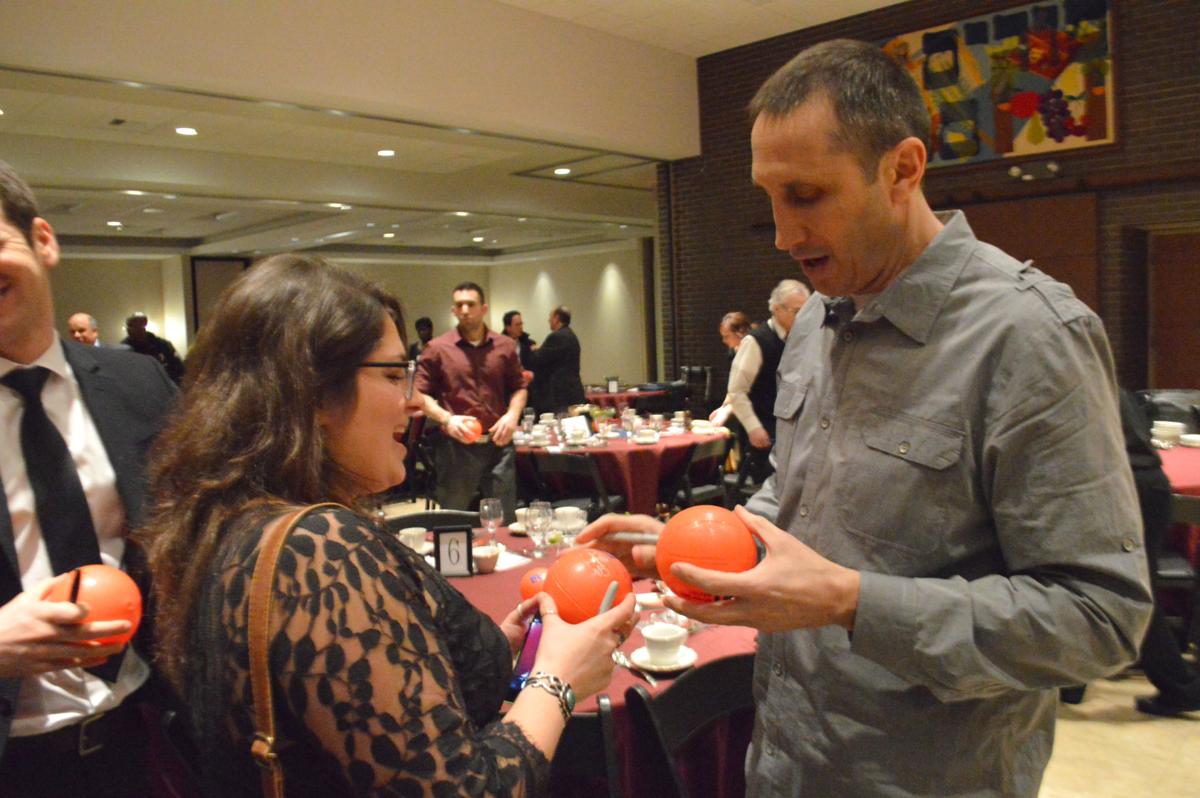 David Blatt signs a souvenir miniature basketball for Rachel Osherow back in February at the 13th annual Shaw JCC Sports Dinner at the Shaw Jewish Community Center in Akron.

David Blatt signs a souvenir miniature basketball for Rachel Osherow back in February at the 13th annual Shaw JCC Sports Dinner at the Shaw Jewish Community Center in Akron.

It’s hard to imagine Cleveland Cavaliers coach David Blatt being nervous. Inserted into a new city, a new country (after coaching and living in Israel for years) and the NBA’s hottest story last year (LeBron James returning to try to bring a championship to Cleveland), Blatt seemed unfazed by the moment.

But even Blatt says he was a little nervous for his bar mitzvah at Temple Beth Am in Framingham, Mass. Calmly sipping soup in an office tucked just behind the actual basketball courts of Cleveland Clinic Courts in Independence, Blatt reflected on what nerves, if any, he felt at his bar mitzvah.

“I think every kid is a little nervous because it’s one of the first times in your life where you actually get up in front of people and you have to perform and you’re expected to do a good job – or your personal ambition is to do a good job – but I don’t remember being particularly traumatized,” Blatt says. “I remember it being a fun experience, and maybe that is just in my character. I’ve always been someone who doesn’t mind getting up in front of other people and talking.”

It may be hard to believe now, given the hoarse “coach voice” that Blatt carries with him to postgame press conferences, but Blatt said he was a fairly accomplished singer growing up. He sang in the men’s choir, mixed choir and a cappella through high school.

Years after his successful bar mitzvah performance, Blatt heard his voice on TV and was stunned.

“Since I started coaching, I’ve lost my voice altogether. Coaching is rough on the vocal cords,” Blatt says. “I heard myself on television the other day. My voice was gruffy and scruffy. I was like, ‘Oh geez, is that you?”

As talented as his voice was and as confident as he was, Blatt didn’t rack up the gifts.

“Let me put it this way, I don’t remember me coming away from my bar mitzvah with my college education in tow,” Blatt says. “Let’s put it that way.”

Part of the reason might be the fact that the Blatt family didn’t have a fancy reception. They just had people over to the family house.

Blatt finished 53-29 in his first season with the Cavs, a 20-game improvement from Mike Brown’s mark in 2013-2014, guiding them to a sweep in the Eastern Conference Finals and within two games of a national championship.

Blatt, who returned to Israel this summer for a month-plus to enjoy sunny, 90-degree weather every day in the company of his family, was the Euroleague Alexander Gomelskiy Coach of the Year after leading Maccabi Tel Aviv to a stunning upset of Real Madrid for the Euroleague title. He also began his coaching career in Israel, for Hapoel Galil Elyon, and his time at Hapoel Galil Elyon and Maccabi Tel Aviv earned multiple “Israeli League Coach of the Year” honors.

This article appeared in the Fall/Winter 2015 issue of Bar•Bat Mitzvah.