The biotech company plans to move its headquarters from 10000 Cedar Ave. in Cleveland to 23215 Commerce Park and bring 22 employees and a payroll of $1.77 million.

The company plans to purchase the parcel for $2,487,500 and to undertake renovations of approximately $2 million.

Trailhead Biosystems, Inc., started development of its research platform in 2013 under OH-Alive, a state of Ohio-supported grant that supported its research at Case Western Reserve University and Cleveland Clinic, according to its website. It incorporated in 2015.

“We are the pioneer of HD-Doe (high-dimensional design of experiments) technology,” its website reads. “Our platform merges developmental biology and cell therapeutics with cutting-edge hardware, computerized experimental design, and analysis to perform process-specific parameter optimization in the development of cell therapies.” 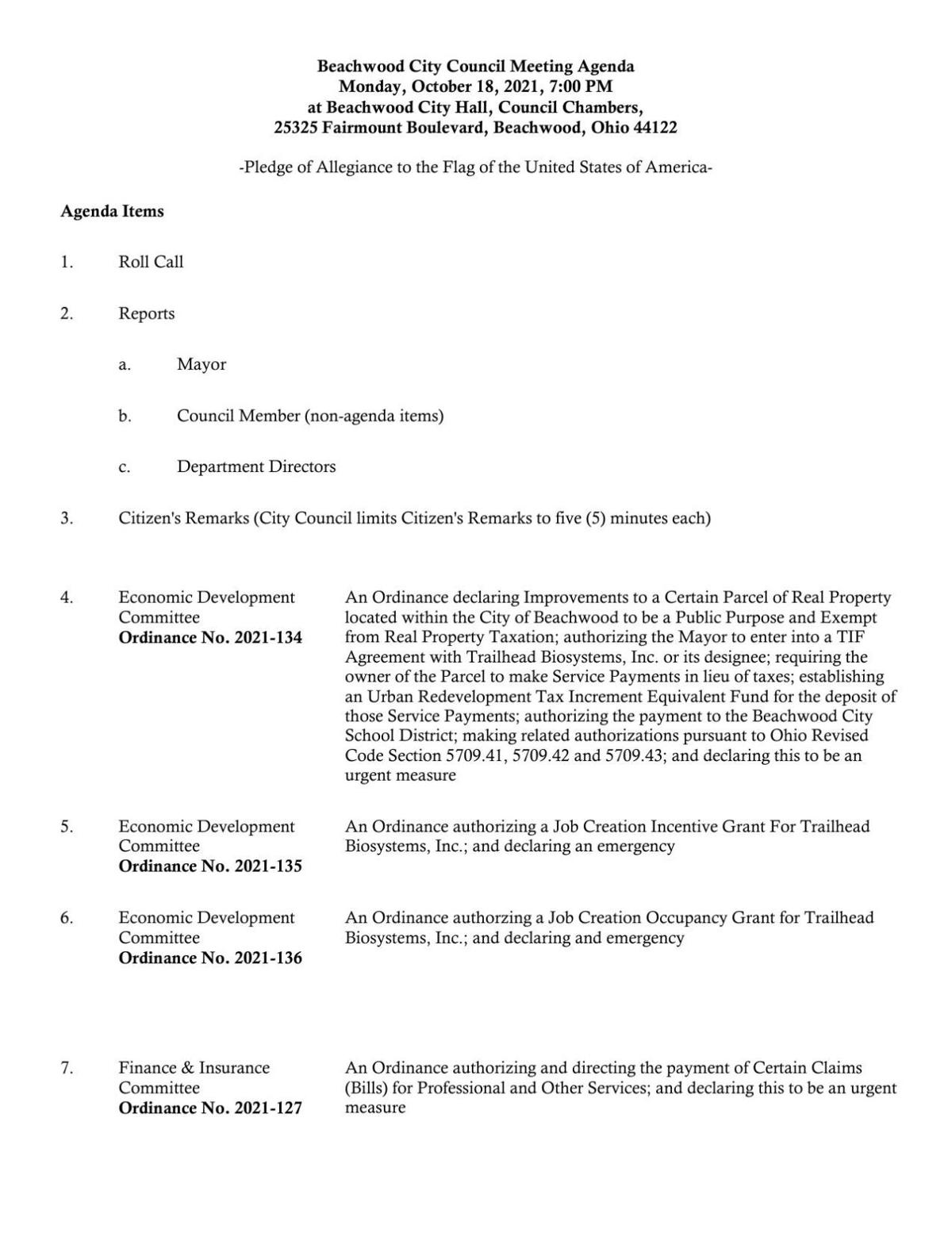