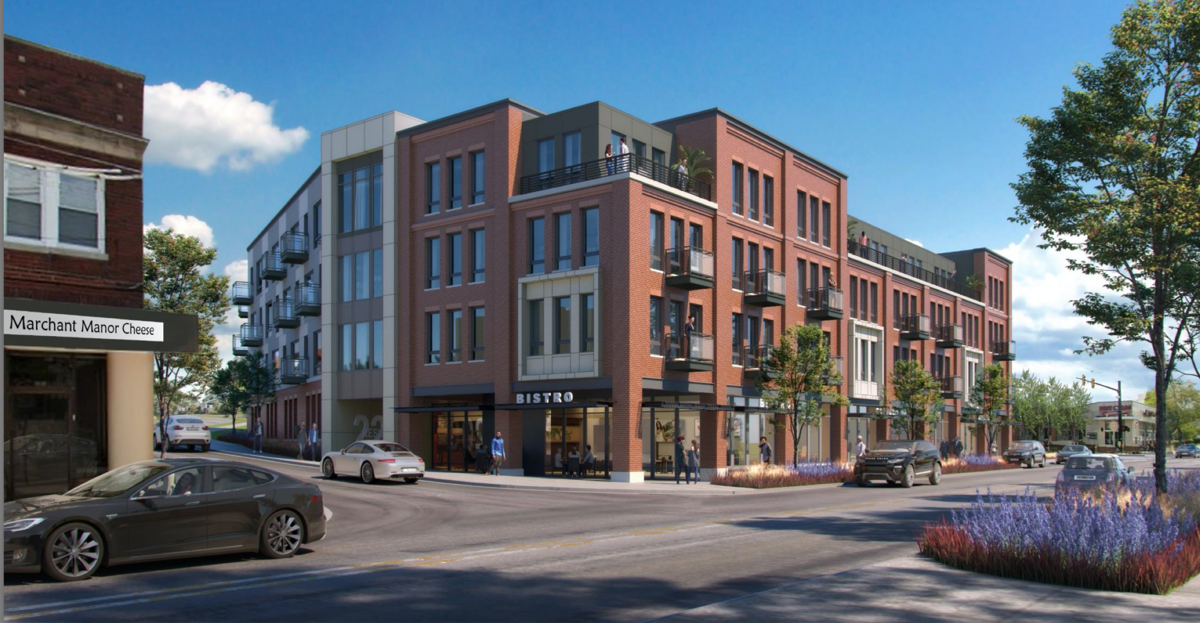 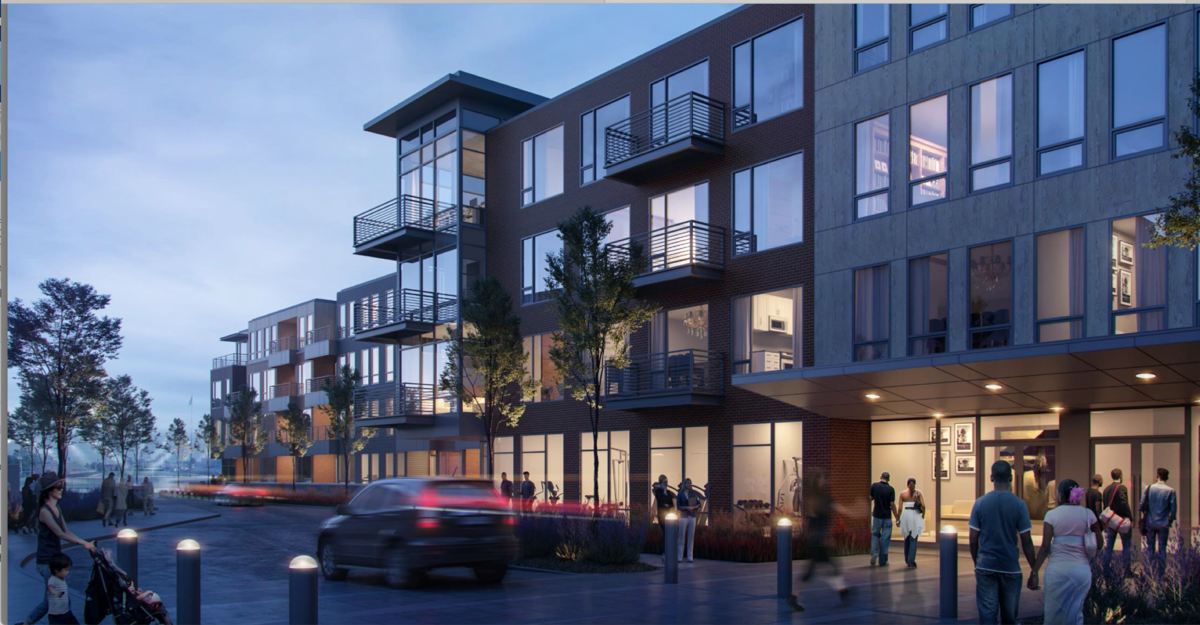 Cleveland Heights City Council is poised to approve a resolution authorizing the city manager to sign a development agreement with F&C Development Inc. to create a “signature district” for Cedar-Lee Meadowbrook.

The item was brought before city council on first reading Nov. 22. Council will review it at a 6 p.m. committee of the whole meeting Nov. 29 and then take up the matter at its Dec. 6 meeting.

The city owns 4.8 acres between Cedar and Meadowbrook roads. In October 2020, the city floated a request for proposals. F&C Development Inc. of Indianapolis, which is also leading the development at Top of the Hill at Euclid Heights Boulevard and Cedar Road, was chosen as the lead developer April 19 over one other proposal.

F&C, also known as Flaherty & Collins, and the city, signed a memorandum of understanding leading to this development agreement July 12. City Architecture of Cleveland is also working on the project.

F&C has proposed a $50 million mixed-use development consisting of 200 to 225 market-rate apartments that will “wrap” the existing city garage, according to the development agreement.

The developer is seeking a 100% tax increment financing ordinance from the city and from Cleveland Heights-University Heights School District for 30 years.

The buildings will be of varying heights and will include 5,000 to 9,000 square feet of first-floor space slated for restaurant, retail or office space. In addition, there will be green spaces and public gathering places as part of the design. The city will retain ownership of the land, and the developer will lease the site “at a nominal rate for a period of 99 years with an option to buy the project site for $10 any time after the 40th anniversary of the effective date,” the development agreement reads. The project site will be leased from the city to the developer at a rate of $10 per year. 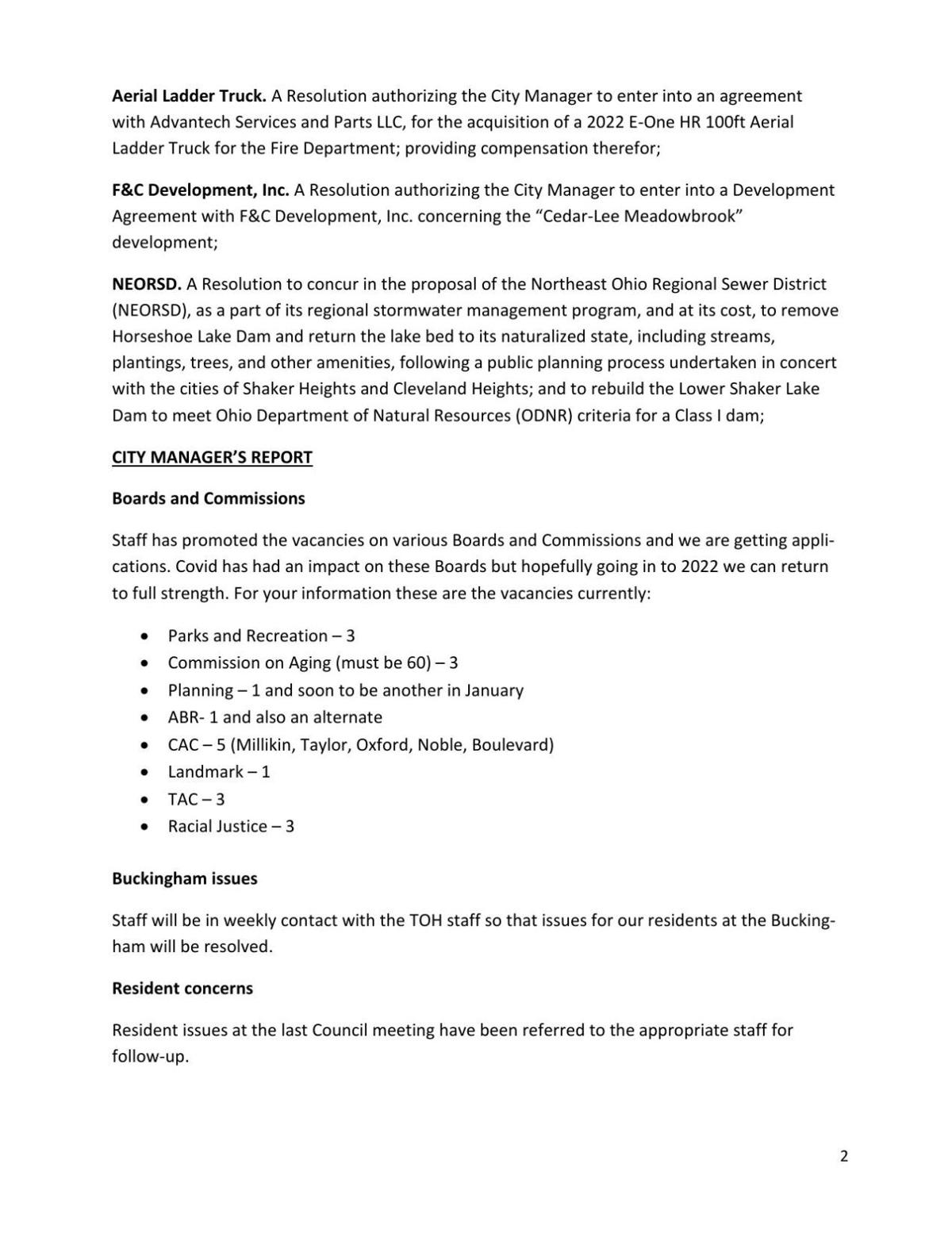 An additional site might be added to the parcel if the city and developer agree to it.

The development agreement also sets out terms, including creating “a dense, vibrant, pedestrian-friendly and unique mixed-use development,” that the development’s architecture will dovetail with that of the Cedar-Lee District, complement adjacent residential neighborhoods; create positive economic and fiscal benefits for the neighborhood and the city and incorporate community feedback into the design.

The city currently pays $460,000 in tax-exempt debt on the garage annually. That debt is due to mature on or about Dec. 1, 2028, according to a separate lease agreement the city is also poised to sign regarding the garage. The city intends to restructure that debt so that it amounts to about to $300,000 annually with a maturity date of Dec. 1, 2033.

Some 225 parking spaces will be reserved for tenants of the new development, with 152 reserved for public parking. Following the payment of that debt service, the city will transfer the garage to the developer “for no additional consideration.”

The project will require review by the Cleveland Heights planning commission, the board of zoning appeals and the architectural review board.

The Nov. 29 and Dec. 6 meetings can be viewed at youtube.com/user/ClevelandHeightsOH.