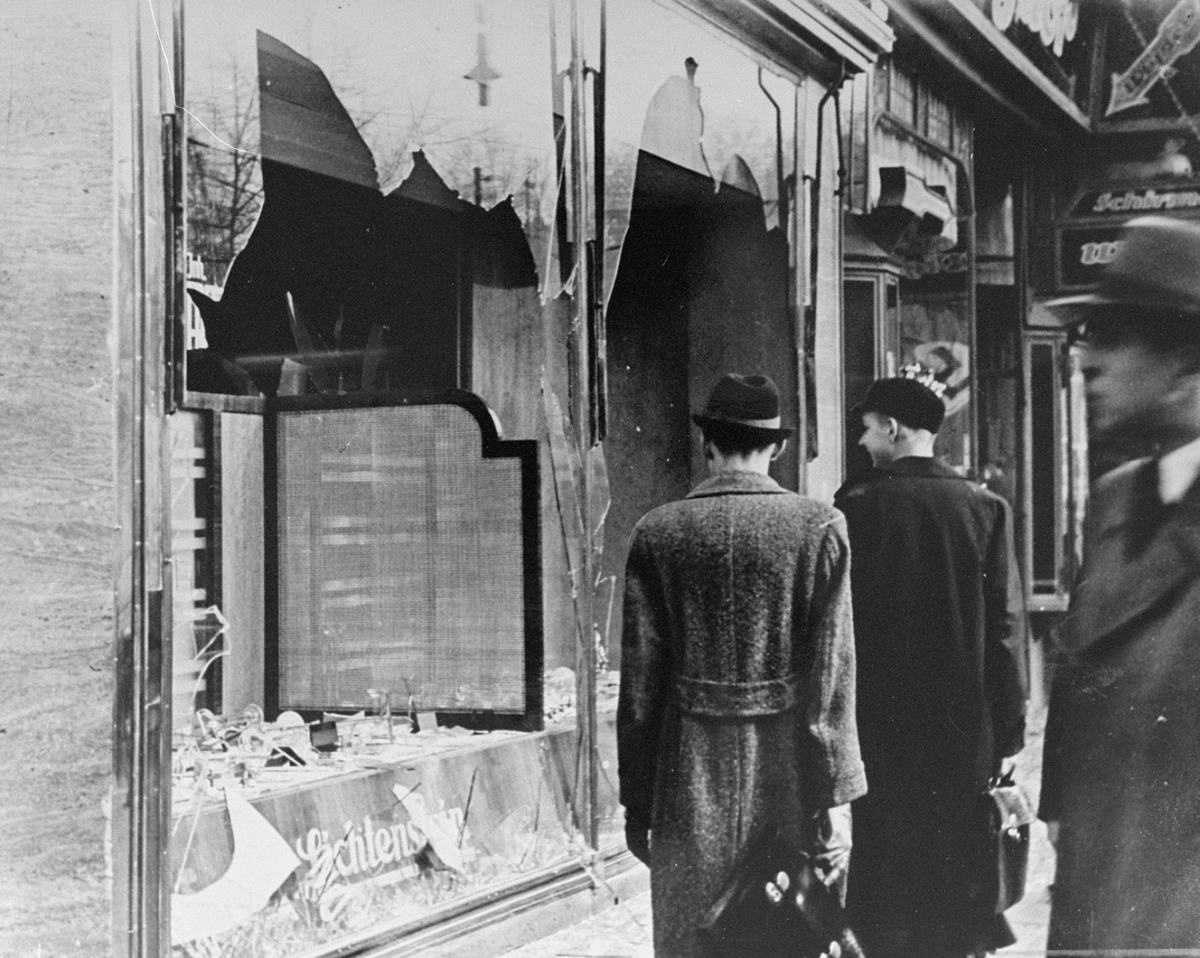 German citizens look the other way on nov. 10 1938, the day after Kristallnacht. 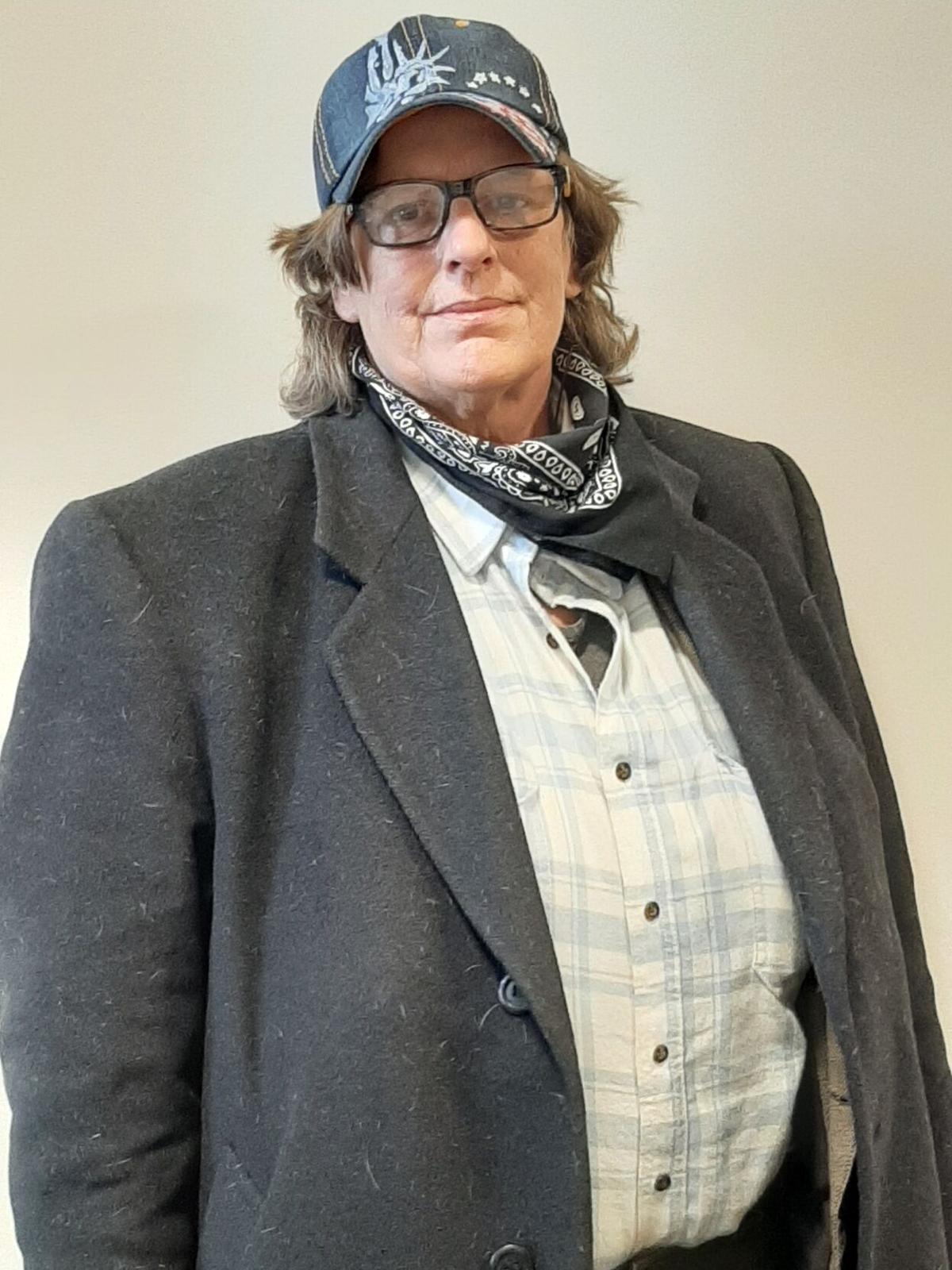 This story has been updated to include the addition of a featured speaker.

Kristallnacht, or the Night of Broken Glass, will be commemorated on Chardon Square in Chardon for the first time at 6 p.m. Nov. 9, thanks to Mary Briggs, a former Claridon Township trustee.

“It’s always been important to me once I learned of it,” Briggs, who is not Jewish, told the Cleveland Jewish News Oct. 29. “Nothing like this has occurred in Geauga County.

“I’ve been inspired to do this, be a vessel of peace and solidarity with the world events and the climate of our nation, and I want people to come together to take a stand against previous injustices and to show their support against current injustices in our society.”

She said hate speech increased under the previous presidential administration.

“I feel our country’s last administration gave legitimacy to ‘hate speech’ and blaming people who are ‘other’ for our country’s and individuals’ woes,” she said. “It also exposed how pervasive these feelings are in our nation. It is not isolated as I would have thought.”

Briggs said in the early 1980s, she and a good friend who is Jewish attended a candlelight vigil involving B’nai Jeshurun Congregation in Pepper Pike and Congregation Shaarey Tikvah in Beachwood.

“That’s when I first learned of it,” she said of Kristallnacht.

On Nov. 9 and Nov. 10, 1938, in Nazi Germany, Austria and part of Czechoslovakia, hundreds of synagogues were burned or destroyed, thousands of businesses, schools and homes were looted or destroyed, 30,000 young Jewish men were rounded up, arrested and sent to concentration camps, and 91 people were killed.

Briggs is reaching out to both Jews and non-Jews to attend. Geauga County once had a temple, but it closed in 2014 after 14 years in existence.

Ellen Jacob of Bainbridge Township, a vice president of Kol Israel Foundation, will be the featured speaker.

Briggs said she has been planning the event for just over a month and received permission from the city to hold the commemoration on the square.

“I would like a history of (Kristallnacht) to be told,” she said.

Briggs is asking attendees to bring a candle and she also will have candles available.

“I hope we will fill the square,” she said. “My hopes are people would come out because this is important.

“I find in this climate, so many people don’t remember their history classes. I did not learn of this. There is so much hate-pointing at the other and that reminded me of the 1930s Europe and our own country. Our democracy is fragile and I have a vision of inclusiveness, and that’s how my country is.

“George Washington went and spoke to the temple on Rhode Island, and wrote a letter to that effect. And that’s our beginnings. We should embrace that.”

Briggs said her late brother-in-law was raised in a Jewish home in Brooklyn, N.Y., and although he didn’t practice as an adult, “we had many discussions.”

In case of inclement weather, the event will be moved inside to the Heritage House at 111 E. Park St., Chardon. COVID-19 protocols will be followed.

Chardon Square is at 100 Short Court.

About 100 candles illuminated the night on Chardon Square Nov. 9 to commemorate Kristallnacht, or the Night of Broken Glass.