A lawyer for Ariel Hyman, the former administrator of Montefiore, is seeking to shield documents in order to protect Hyman’s rights regarding self-incrimination as he is the subject of a criminal investigation.

Hyman and Montefiore’s top two nurses were terminated Oct. 29, 2020, following the alleged falsification of COVID-19 testing on one unit.

“Currently, several state agencies have investigations pending into events at the Montefiore and Menorah Park Beachwood facilities in September and October 2020,” Karen L. Clouse of Bricker & Eckler LLP in Columbus wrote in a July 2 motion to stay discovery, which would halt evidence gathering in a pending civil suit.

Clouse’s motion appears in the docket of a case filed by Marsha Mockabee following the death of her husband, James Mockabee, who was a resident at Montefiore.

“The (Ohio Attorney General) has opened a criminal investigation and has specifically identified defendant Hyman as one of the people under investigation,” wrote Clouse, who also filed a motion for protective order July 2.

“We have no comment at this time,” Sullivan wrote the CJN in a July 6 email.

Tina R. King, Montefiore’s former director of nursing, and Marie Gelle, Montefiore’s former assistant director of nursing, are also being investigated, according to an April 23 affidavit filed by Menorah Park COO Richard Schwalberg in legal documents in a wrongful termination lawsuit filed by King and Gelle against Schwalberg and other defendants. Hyman is not party to that lawsuit.

King and Gelle’s lawyer, Steven A. Sindell of Sindell & Sindell LLP of Beachwood, notified the court and counsel in the Mockabee case July 3, “We intend to oppose defendant Hyman’s motions to stay and for a protective order and wish to be notified and to be heard in any oral argument, should the court choose to grant it.”

The Ohio Board of Nursing has issued a notice of opportunity for hearing to both King and Gelle, who have requested hearings.

Meanwhile, the Board of Executives of Long-Term Services and Supports has issued a notice of opportunity for hearing to Hyman. He had until July 5 to respond. A request for a hearing was hand-delivered July 6, Deborah Veley, executive director of BELTSS, told the Cleveland Jewish News July 7, and she said Hyman will be offered a hearing. 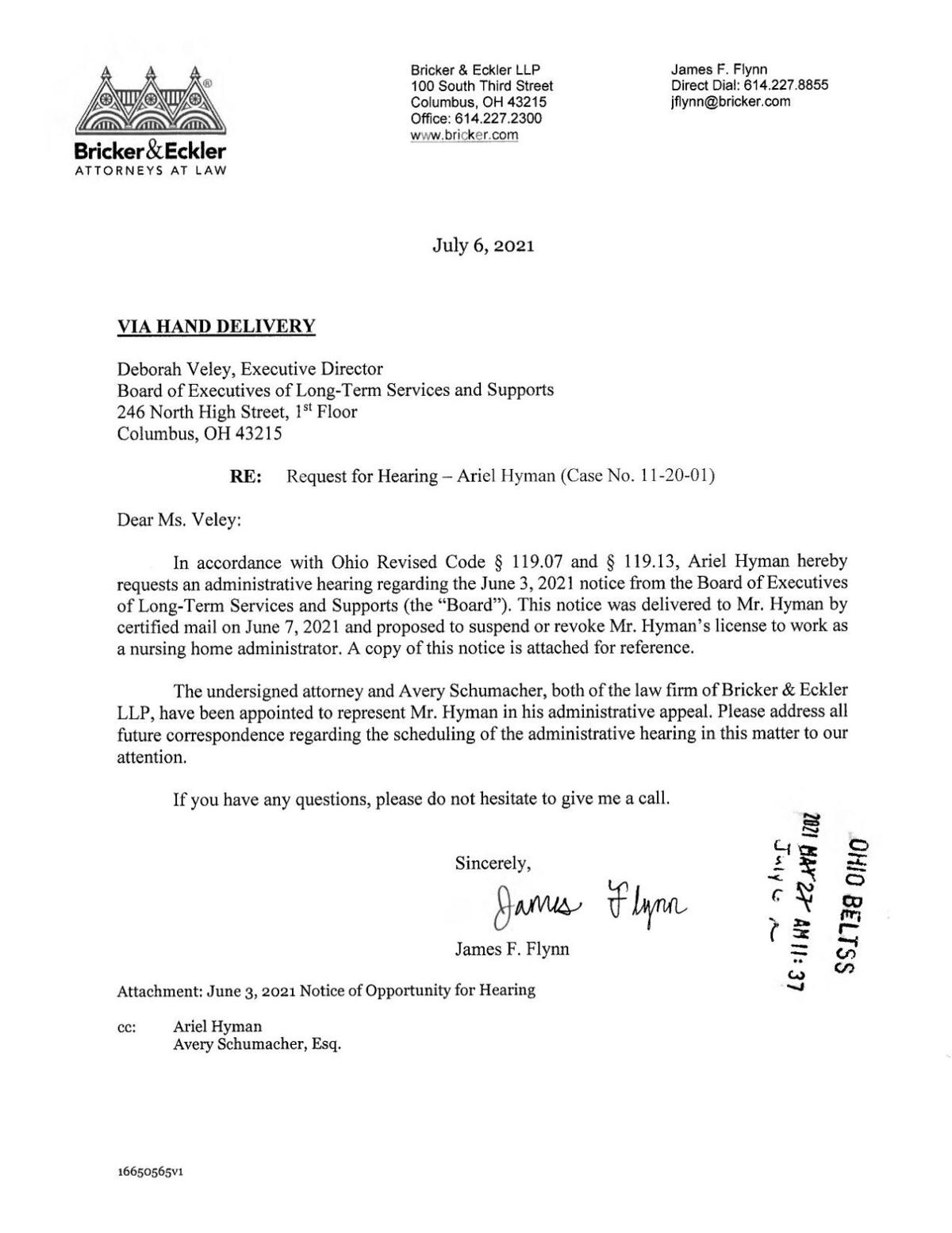 Menorah Park, which affiliated with Montefiore July 1, 2020, self-reported the testing falsification that occurred on Oct. 13, 2020.

Two former nurses at Montefiore deny they falsified COVID-19 testing, claim they were wrongfully terminated and that the CEO and COO engaged i…

Comedy returns to the east side with Bogey’s reopening