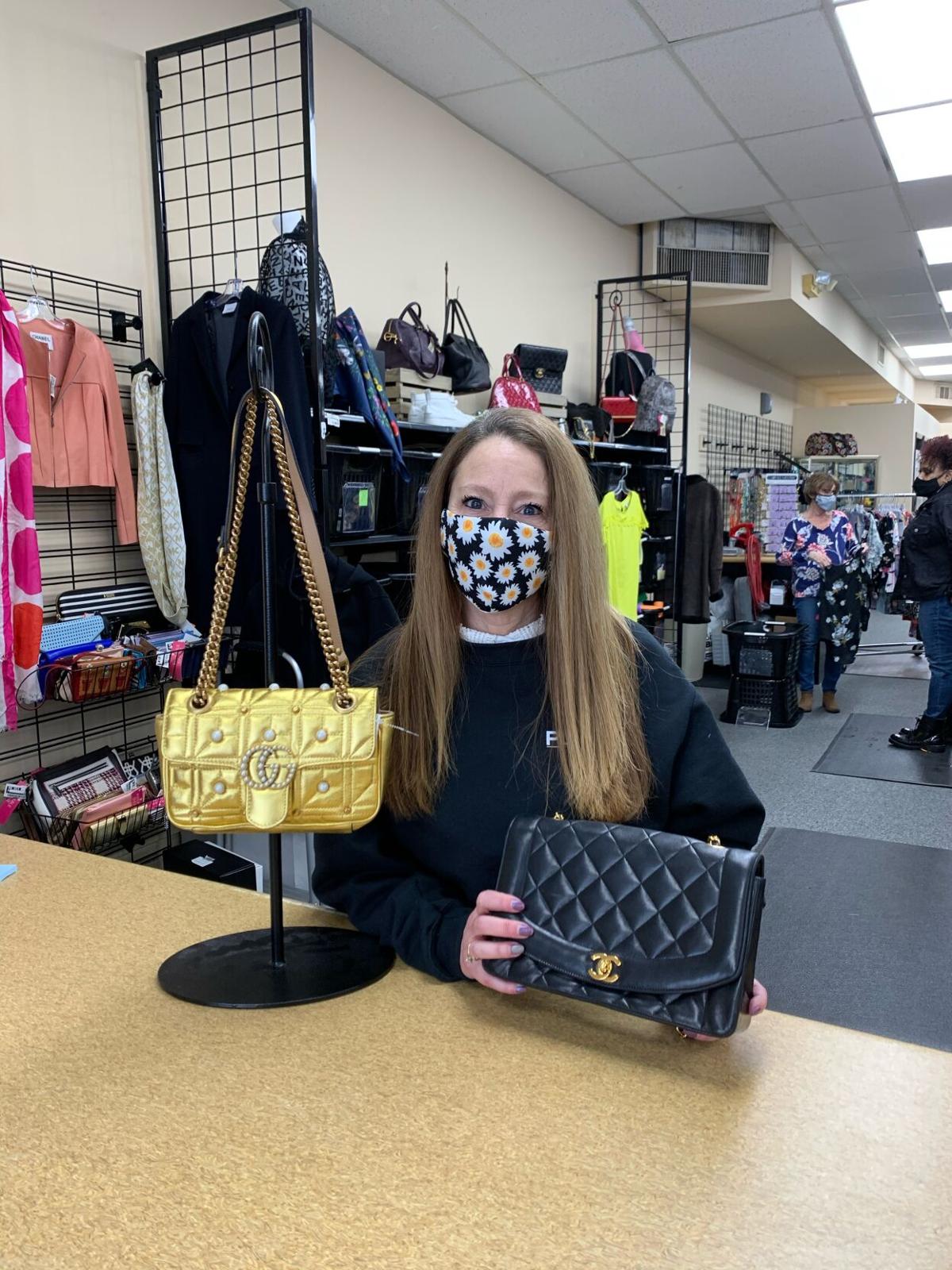 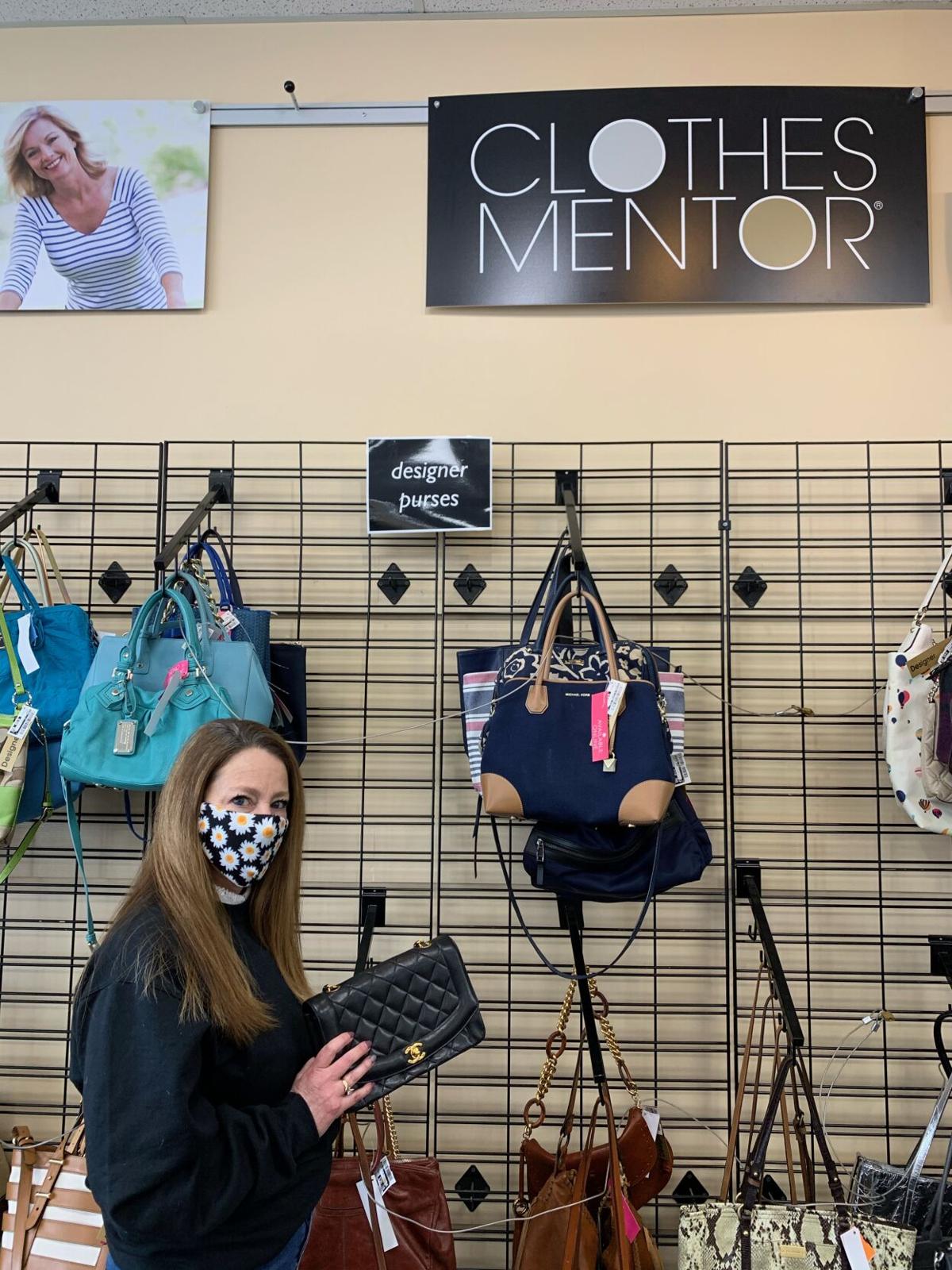 For Randi Zeid and her family, the COVID-19 pandemic delivered something of a one-two punch.

After a car plowed through the front of Clothes Mentor in Mayfield Heights in December 2019, Zeid closed the store at 6145 Mayfield Road for just a day, but months later work was still needed.

Then, Ohio Gov. Mike DeWine ordered all nonessential businesses to close in the state in mid-March. New carpeting was due at that time and clothes racks were pushed to the back of the store to accommodate the installation.

Zeid, with her brother and parents, own five used clothing stores – two Plato’s Closet stores and three Clothes Mentor stores. All five closed from mid-March to mid-May 2020. Employees, who work hourly, were laid off.

As it happened, the Mayfield Road store had been chosen as a pilot location for a national online marketing effort by Clothes Mentor, which like Plato’s Closet is a national franchise.

“Our whole business model had to adapt to the times,” Zeid said. “I sent out an email to our customers and we put things up on the internet with Facebook and Instagram.”

Zeid spent her early pandemic days at the Mayfield store, photographing the best handbags, dresses and outfits, adding descriptions for each item, and posting them online. While the family’s four other stores were locked and dark, the Mayfield store was able to turn some sales through the online business.

“We had orders right away the first day,” said Zeid, adding some of the orders came from “loyal … lovely customers who just wanted to support us as a small local business … but it’s grown tremendously since then.”

However, sales overall lagged in 2020 in comparison with other years, and the impact of job loss among women has also taken a toll continuing into the present.

“Women have less money to spend on themselves,” Zeid said.

During closure some customers told Zeid they thought the Mayfield store had closed permanently because the clothes racks weren’t visible from the front window while the business underwent renovation. But others went online and made purchases.

“It was a feel-good thing for me,” Zeid said, adding that with inventory of 20,000 items, she chose the nicest ones to post since only a fraction could be posted online. Meanwhile, the Strongsville Clothes Mentor store began selling items online in August and North Olmsted Clothes Mentor started in October.

“To me, in a lot of ways it’s an avenue to increase our business with people across the country,” Zeid said. “But it can’t be our primary avenue of revenue.”

And temporarily closing the two Plato’s Closet stores in Mentor and North Olmsted was difficult.

“That was tougher because they do not have an online store or presence,” Zeid said, adding that landlords have responded differently, with some being more generous than others. “We figured it out and managed it.”

While it’s labor intensive to post listings, the online platform has been helpful to business at Clothes Mentor stores in a way that is difficult to measure, Zeid said.

“We do have a lot of our customers who shop online and come into the store,” she said, referring to people who browse the website before walking in to make their purchases.

Zeid, of Solon, credited her employees.

“We like to think of our employees as family extensions. They’re important to us. They’re the backbone of our business,” said Zeid, adding her employees are responsible for building inventory through purchasing clothing and other items. “And if they don’t do a good job, I don’t have the right things to sell.”

Zeid and her brother, Jeff Rose of Shaker Heights, own the stores with their parents, Carol and Maury Rose of Solon. The family bought their first Plato’s Closet in 2002 and first Clothes Mentor in 2010.

Zeid and her parents are members of Temple Emanu El in Orange. Jeff Rose belongs to Park Synagogue in Cleveland Heights and Pepper Pike.

Overall, Zeid said, the pandemic has been challenging not just for her shop but for other consignment shop owners. She knows of one business that has closed permanently.

“I think we all internalize it differently, but we have business as usual in our locations,” adding that employees work to keep the now-reopened stores clean on a constant basis.

“Every time I get an online sale,” Zeid said, “I look to see what sold. It’s a thrill.”

"Our whole business model had to adapt to the times."

The Cleveland and Columbus Jewish News are profiling businesses that are being impacted by the COVID-19 pandemic. If your business has a story to share, send information to editorial@cjn.org and put “Neighborhoods” in the subject line.