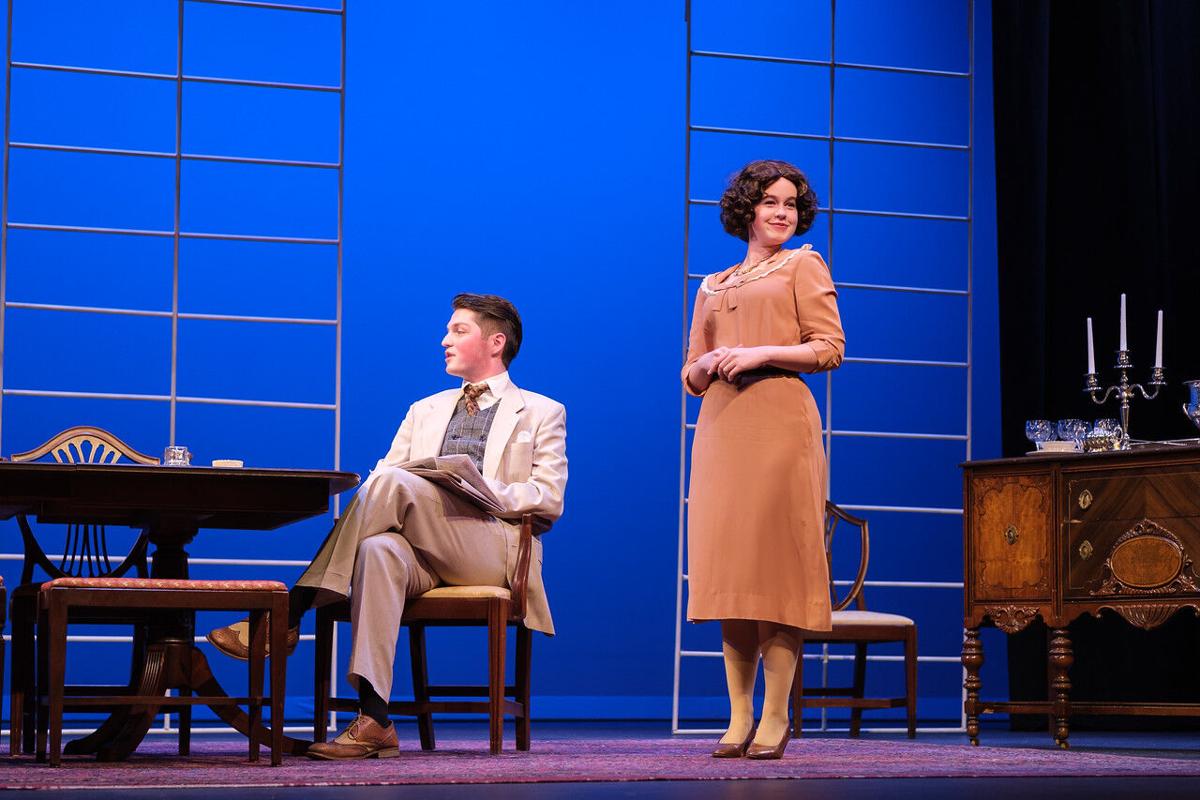 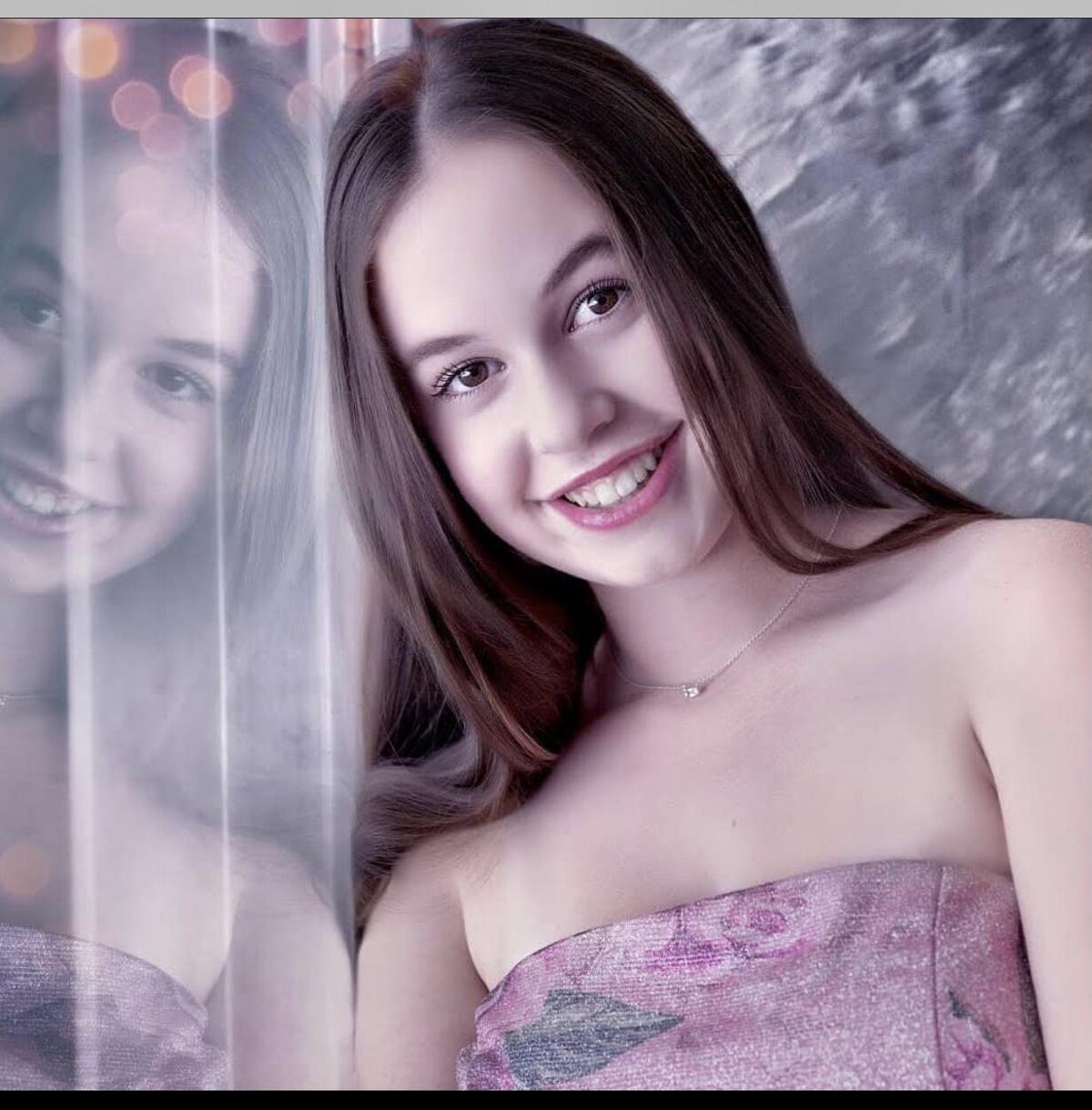 To 16-year-old Alex Newman, the stage has always been her home.

She grew up in Hudson reenacting insurance and food commercials to her parents as a 3-year-old. At age 6, she took her first voice lesson.

She’s starred in a bevy of lead roles from Dorothy in “The Wizard of Oz” to Annie in “Annie” in productions at her middle school, high school at Western Reserve Academy in Hudson, All-City Musical at the Akron Civic Theatre and Rubber City Theatre in Akron. For three summers, she’s studied theater at Interlochen Center for the Arts in Michigan.

“I just love being on the stage,” said Alex, a sophomore at Western Reserve Academy in Hudson and a member of Temple Israel in Bath Township, where she sings for holidays. “It’s my happy place.”

The teenage actress and singer – who also sings opera – took her entertaining prowess to the next level this year when she auditioned for Menorah Park Foundation’s annual, high school-age singing competition, Shining Star CLE. The Cleveland Jewish News was a media sponsor of the event.

Shining Star CLE gives high schoolers from Northeast Ohio the chance to win college scholarships and prizes. The first-place winner receives a grand prize of a $10,000 college scholarship, $2,500 for their school’s music department and an opportunity to perform with the Cleveland Pops Orchestra at Severance Hall in Cleveland.

The annual competition serves as an opportunity for Menorah Park in Beachwood to fundraise, perform community outreach and engage youth in Menorah Park and Montefiore’s memory care work.

Alex said she had heard about Shining Star CLE from friends who had competed in it in its four previous iterations.

Alex selected “Astonishing” from “Little Women” as the song she would perform in three rounds of the competition.

“I really love how it made me feel,” Alex said. “I love how Jo, who’s the character who sings it in ‘Little Women,’ goes from not feeling totally confident in herself and her life to just this other perspective of ‘I can have the power to do this’ by the end of the song.”

On Aug. 29, Alex and nine other finalists went head-to-head in the final round, which featured prerecorded performances of each participant.

The final four contestants were decided upon by the event’s judges: Jim Brickman, an award-winning songwriter and pianist formerly of Shaker Heights; Rashad V. Chambers, the founder and president of Esquire Entertainment; Telly Leung, an actor, singer and songwriter; Trisha O’Brien, a contemporary jazz singer from Cleveland; Carl Topilow, founder and music director of the Cleveland Pops Orchestra; and Gina M. Vernaci, president and CEO of Playhouse Square.

The places of the final four were decided by the audience members, who voted via text or online poll. Monica Robins, the event’s host and WKYC Senior Health Correspondent and Cleveland Jewish News Health Columnist, announced the competition’s placements, where Alex won third place and a $2,500 college scholarship.

“It was pretty incredible,” Alex said. “I was actually shocked first when I heard it, but then I was like, ‘Wow, this is so cool.’ I was very excited to represent Menorah Park and Shining Star for my school.”

While receiving third place in her first time ever competing in Shining Star CLE was amazing, Alex said meeting her fellow participants, working with the show’s executive director Connor Bogart O’Brien and learning about Menorah Park will forever stay with her.

“Meeting these people who like to do the same thing I do was just amazing, and I made lifelong connections,” she said. “I learned more about the business, and I also learned a little bit more about memory care and how events like Shining Star are important.”

Alex said she dreams of majoring in musical theater at the Tisch School of the Arts at New York University and appearing on Broadway.

But in the next few years, she said she’d like to continue attending Interlochen during her summers. She’d also like to continue participating in musicals at her school and All-City Musical, as well as mentor children in musical theater at Rubber City Theatre like how she was mentored when she was younger.

She’s currently preparing to star as Portia in her school’s rendition of “Something Rotten!”

Most importantly, Alex said Shining Star CLE and Menorah Park haven’t seen the last of her.

“I’m just very grateful for the experience, and I can’t wait to hopefully go back in the future and give Shining Star CLE another shot,” Alex said. “... I’d also like to go back to Menorah Park and sing for people there.”

Surfside victim’s family reflect on tragedy on visit to Cleveland