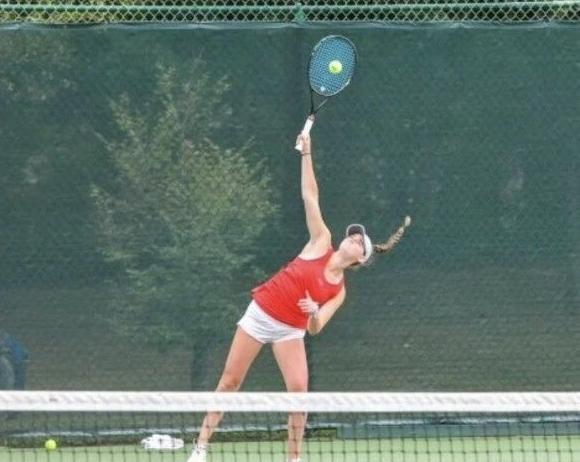 Hayley Garber of Hawken and her partner are sectional champions. 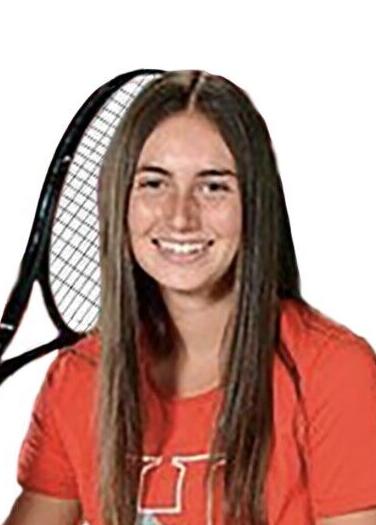 The road to the state tournament can be challenging for any high school athlete in any sport. This challenge becomes far greater when a player has to deal with medical issues off the court.

Hayley Garber, a sophomore tennis player at Hawken School in Chester Township, is one step away from the Ohio High School Athletic Association state tennis tournament, just four years after being diagnosed with Crohn’s disease.

Garber, who had been playing tennis since she was 4 years old, had to take a break from tennis at the end of 2017 when she was diagnosed with the inflammatory bowel disease. She had to step away for a year-and-a-half for treatment. Her recovery was slowed when she broke her wrist twice, keeping her off the court until 2019.

At that point, Garber said it took until the end of 2019 to get back to her “normal” self. This recovery, Garber said, took a lot of will power.

“I saw all my friends around me improving, and I was just on the sidelines observing,” said Garber, who attends The Temple-Tifereth Israel in Beachwood. “I just had to decide what kind of effort I wanted to put in. Ultimately, I just decided to put as much time as I could into tennis, and I finally got back up to speed where everybody else was.”

Garber said because she still has to get infusions every six to seven weeks, she has to miss a couple of days and deal with the side effects that come with it. Even when she is able to play, there are days where she said she feels tired or deals with stomachaches. This has caused her to pull out of tournaments.

Because of these obstacles, Garber said it just makes her work even harder so she can keep up with everybody’s level and her own expectations.

In her freshman year, Garber and her partner, Eliana Yang, made it to the state tournament, where they lost in the first round. This year, they find themselves on the doorstep of getting there again. After defeating Perry High School in the sectional final Oct. 8, the doubles partners will begin the district tournament Oct. 15.

Garber said she was nervous last year and didn’t really know what to expect as a freshman. Yang, who is a junior, had also not been there before last season.

“It was just really cool playing under the big stage,” Garber said. “This year, I feel like I’m a lot more excited. I kind of know what’s going to happen. Hopefully, we do a little bit better. I think there will definitely still be some nerves just to repeat our performance from last year.”

Getting this far has not been easy for Garber, but she said she is happy that she could see the effort she was putting in.

“It kind of assured me that this is the sport I want, this is my life and this is who I am, and that tennis is going to continue to be a part of my life,” Garber said. “I wouldn’t just let it go because of the diagnosis.”

Recent Players of the Week

Player of the Week Nominations

Nominate a Jewish high school athlete for consideration as the Cleveland Jewish News High School Player of the Week.