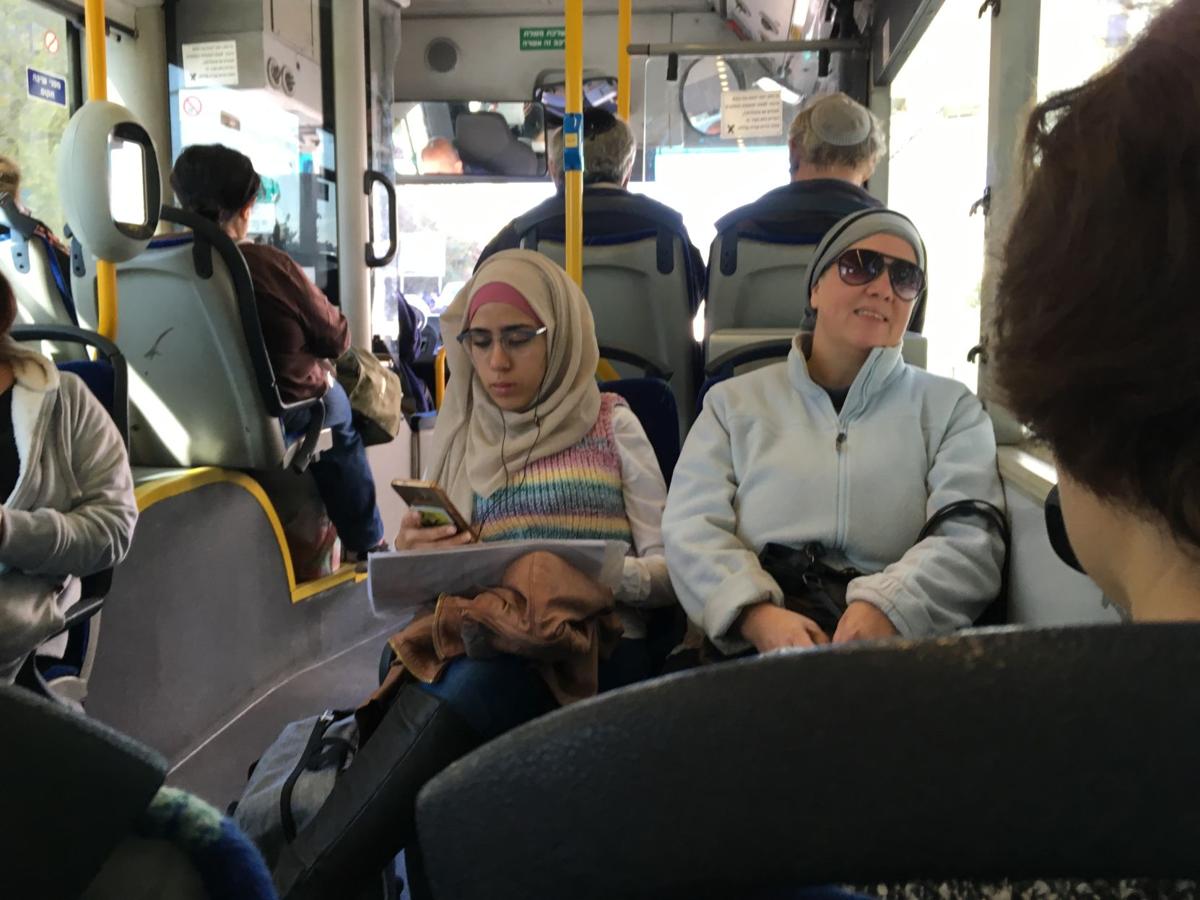 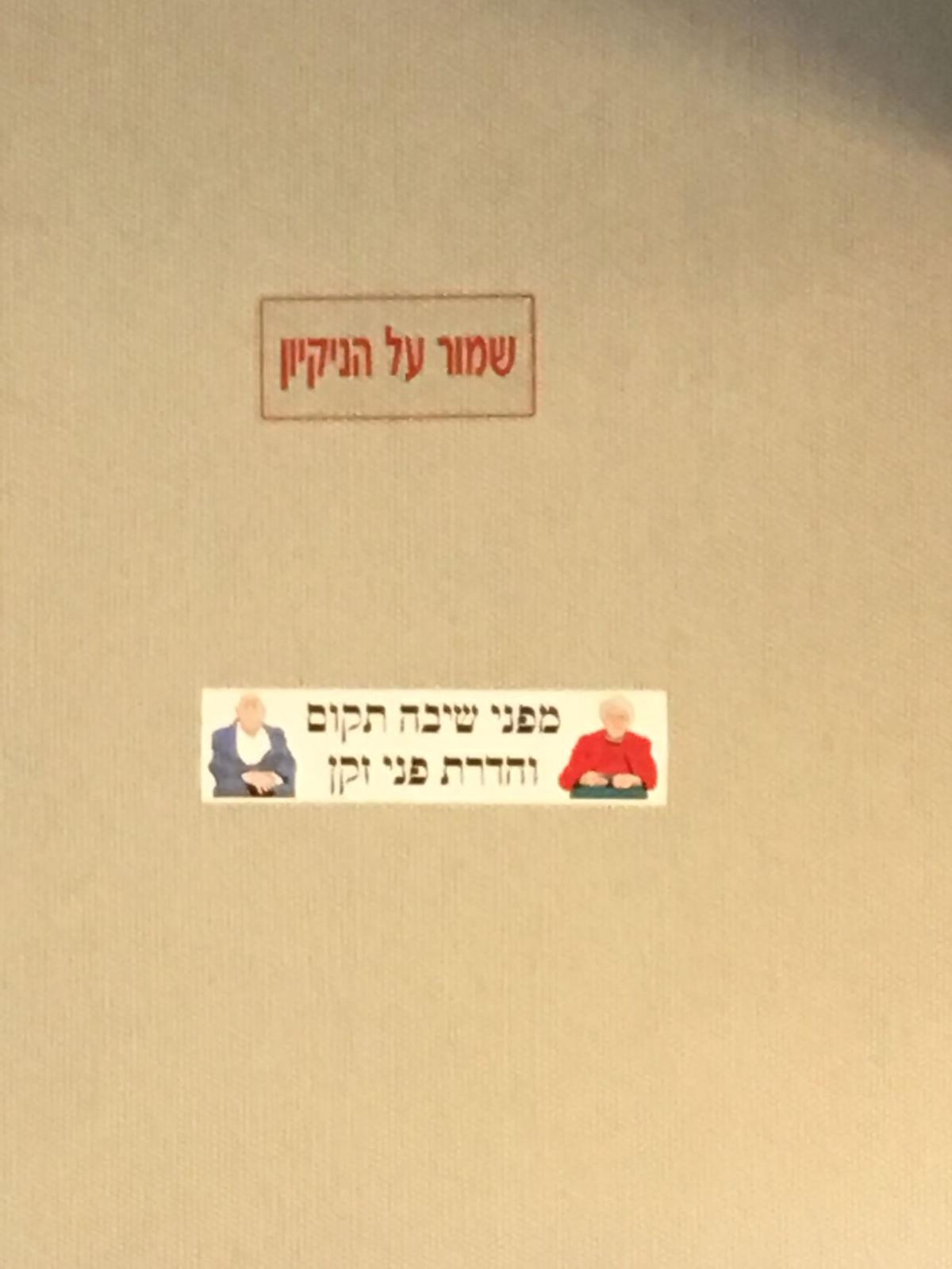 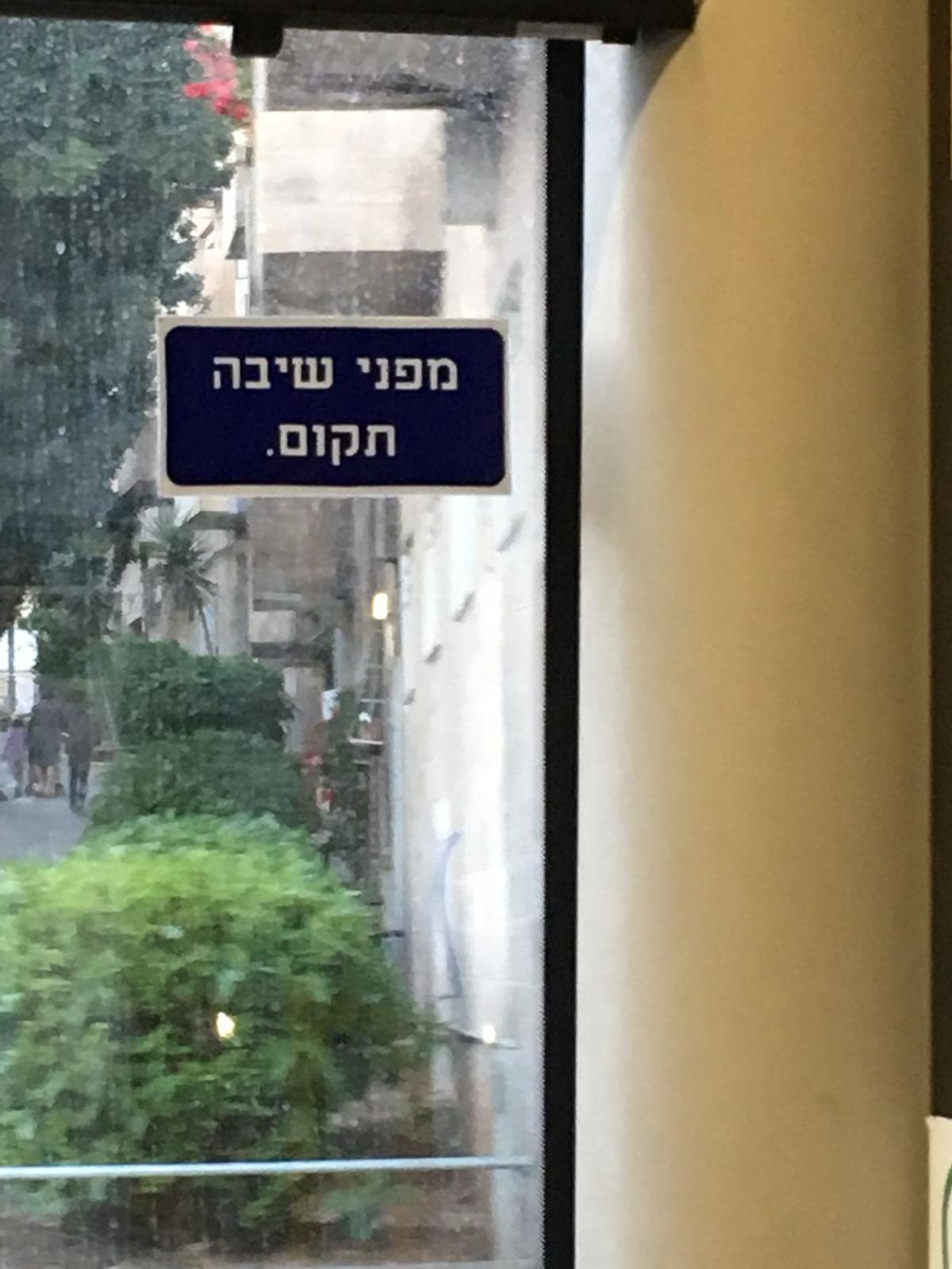 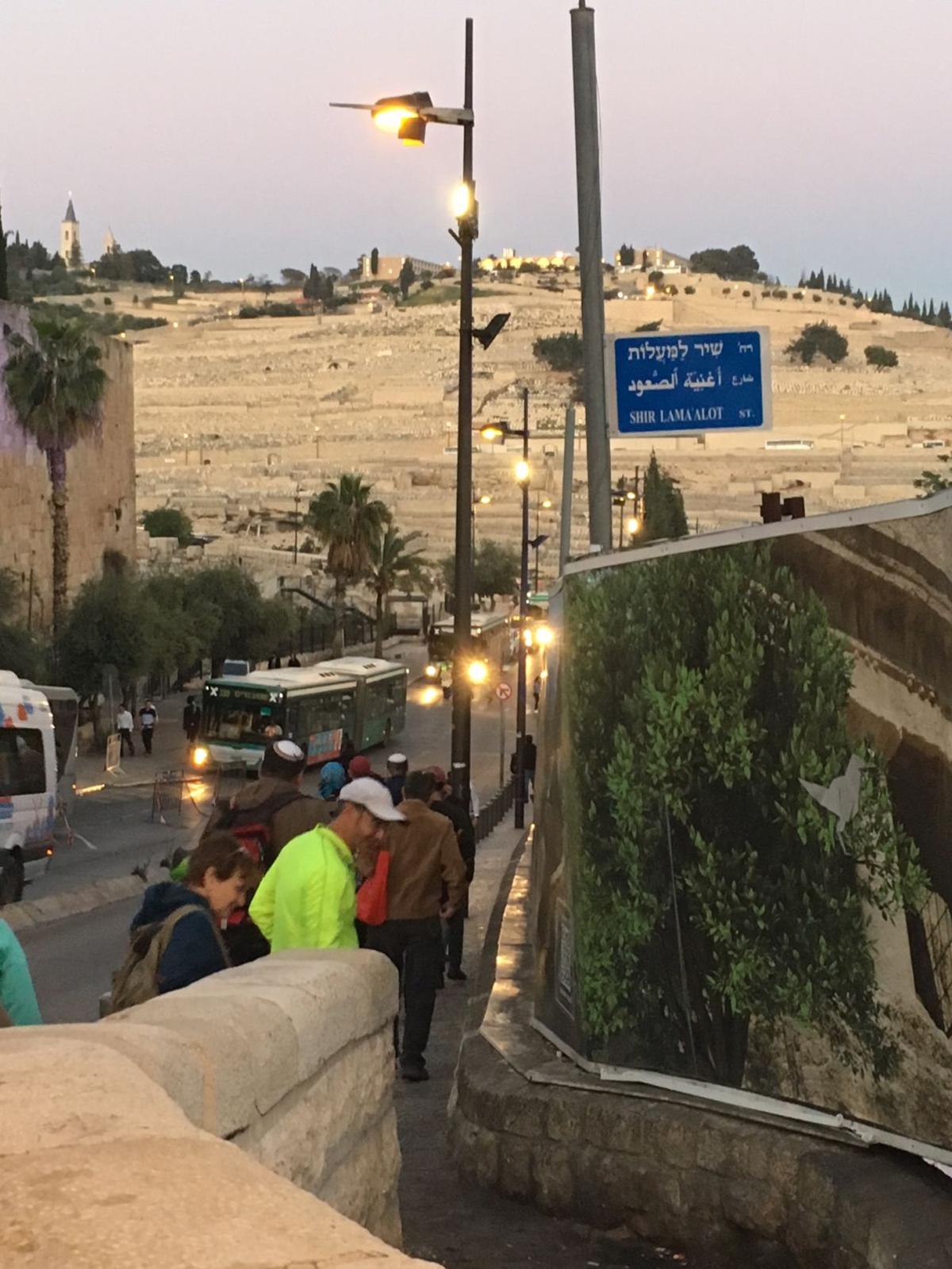 We are back in the United States after having experienced more culture shock upon our return this year to Cleveland than in our past two transitional times.

As to be expected, there were cobwebs and dust, weeds to pull and a lawn to mow. For the first few days, I tried to open the door to my Cleveland house as I would my Israeli apartment door, with the ragged edge of the key down. Recipes don’t need translation from Fahrenheit to Celsius. Chicken is fattier and less tasty, vegetables not as sweet and fresh, good pareve desserts are not as accessible.

But my washing machine holds twice as many clothes as our Israeli mini-machine, and I have a dishwasher and even a clothes dryer here. After spending most of May visiting our children in Brooklyn, N.Y., and Portland, Ore., we are easing into life in the CLE.

Aside from our friends and the merchants we have come to rely on, perhaps what we miss most is the simplicity of transportation:

Derech Beit Lechem-Lloyd George, Gan HaPaamonim–Derech Beit Lechem, Keren HaYesod-Shalom Aleichem, Keren HaYesod-Ahad Haam and HaMelech George-Keren Kayemet L’Yisrael. These are the stops on the No. 7 bus that took me from my Jerusalem apartment to my two-day-a-week volunteer job at the Jewish Federations of North America. Ten minutes, door to door. Ben Yehuda Mall is but one more stop, and it’s three more stops to Machaneh Yehuda: Tachanat Rakevet Kalah-Yafo, HaDavidka Square-HaNeviim,  Kiach-Yafo, 15 to 20 minutes door to door. The names still ring in my ears.

As the bus leaves each stop, a deep baritone voice announces in Hebrew the name of the next stop, and then repeats it as the bus nears the stop. A clear electronic sign at the front of the bus notes the stops in Hebrew, Arabic and English. Until last year, the same deep baritone voice would remind riders, “mipnei seiva takum” – literally “rise before the aged” (Vayikra 19:32) – linking traditional Jewish text to priority seating for elders on a modern Israeli bus. A sign remains at the front of the bus, and young Israelis have indeed offered their seats, insisting firmly at times, to my husband, Irv, and me.

While the Light Rail ride is smooth, buses typically zoom into a stop, with the driver jamming on the brakes, sending all the passengers lurching forward. One soon gets used to this mode of driving and develops one’s “bus legs” for the journey. Nevertheless, prayer book firmly in hand, riders do their morning prayers while neighbors read a newspaper, work on laptops or talk on cell phones.

Electronic signs at Light Rail and larger bus stops tell waiting riders exactly how long it will be before transportation arrives. The information cycles through Hebrew, Arabic and English and is generally quite accurate. We noticed this year that New York’s subway and bus systems also now have such informational displays.

In addition to the buses and the Light Rail, electric bicycles are becoming a popular form of Jerusalem transportation. Even Chasidic-attired young men with their payot flying can be seen racing down city streets on these bikes.

When we returned to Israel last November, we learned that the senior adult format for the Rav Kav card used for bus and Light Rail rides had changed. Although we still paid half-price, receipts recorded the full fare amount. It was confusing and hard to get used to. As we look forward to our return to Jerusalem, we await significant transportation improvements: Jerusalem’s Light Rail is expanding, and the high-speed Jerusalem-Tel Aviv train ride will be as quick as my bus ride to Machaneh Yehuda.