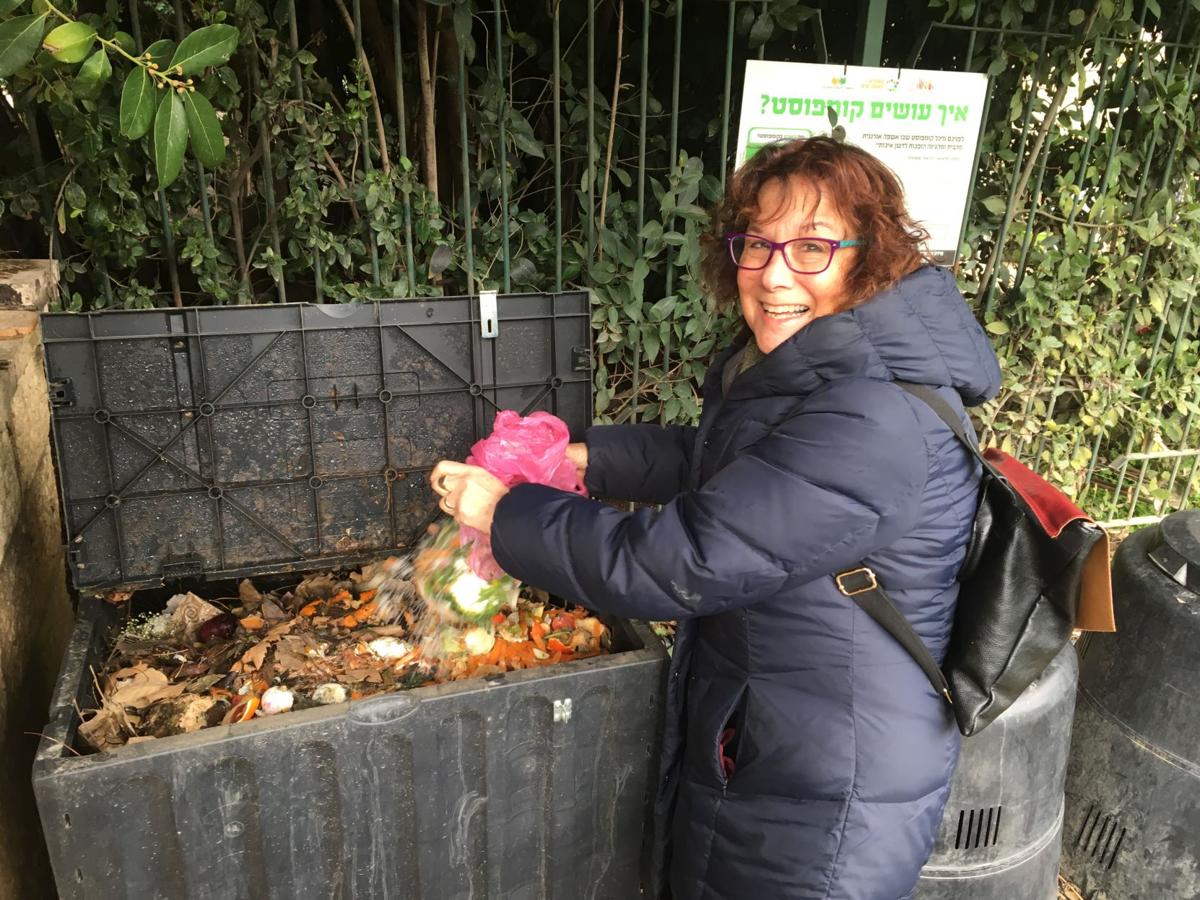 In Beresheet 2:15, we read that Adam is placed by Hashem in the Garden of Eden to work it and safeguard it. From this verse has come many an environmental project to reduce, reuse and recycle. As we approached the holiday of Tu b’Shevat here in cold, stormy Jerusalem, Machaneh Yehuda stalls are displaying fresh juicy figs, dates and nuts, and flower buds that give hints of the colorful flowers soon to appear. Indeed, the results of good work in this land of milk and honey. But what kind of guardians have we been?

According to the Israeli Ministry of Environmental Protection established in 1988, the average Israeli generates 1.7 kilograms of waste daily – almost four pounds. About 75 percent of the total waste produced in Israel is buried in landfills, while only about 25 percent is recycled.

In our neighborhood, individual homes and small apartment buildings do not have garbage cans to move to the street for pick up or that are emptied by city workers arriving in small vehicles. Instead, we have large green containers for general garbage, large open containers for plastic recycling, and metal bins with slots for paper recycling. They stand on street corners, or behind walls just outside apartment buildings. Glass wine bottles can be returned to supermarkets, earning 30 agarot or about eight cents each. Until this year, all other glass was either thrown away with other waste or left on the street by the plastic recycling, but this year the city has placed glass recycling containers throughout the neighborhoods.

Also new this year, following last year’s petition-writing campaign, are compost bins conveniently located near other recycling containers. I use a code to open the lock and then dump my many ounces of compost in, covering them with equal amounts of leaves found on the ground nearby. If I prefer, I can purchase a compost container that will be picked up weekly. This urban composting initiative is called Mahapach Yarok (Green Revolution) and it is operated by the Jerusalem municipality.

Greennet is in Jerusalem’s Atarot industrial zone. About 250 garbage trucks arrive and depart at all hours of the day and night, except on Shabbat and Yom Kippur, bringing the garbage of about 1 million yerushalmis for disposal. It was only two years ago that most of Jerusalem’s 1,500 tons of daily garbage were being sent to a landfill in the Negev. Today, 40 percent to 45 percent of the waste that comes to Greennet is recycled, a higher percentage than any other such place in the country. According to a Sept. 10, 2017 Jerusalem Post article, in 2016, when Jerusalem was recycling but 35 percent of its overall garbage, high-tech Tel Aviv was way behind, recycling but 15 percent.

Greennet’s cutting-edge technology integrates analytics to divide up the waste. Metals, which are disposed of by consumers into their regular trash, are separated out by upside down magnets. Any plastic and paper are identified by infrared sensors and then baled. Because Israel does not yet have a plastic and glass recycling plant, these recyclables are mostly exported to Turkey and the Far East. Organic material goes to a fertilizer compost plant in the Jordan Valley and only nonrecyclables are transferred to the Negev landfill. Of the 150 workers working three separate shifts at the plant, 40 are engineers and technicians, and many of the other workers are Palestinians.

As Greennet CEO Offer Bogin warned in the Jerusalem Post article, “… if you really don’t care about it, at the end it will come back to you, either in your pocket or in an environmental problem. ...”

So, how is the recycling going in Cleveland?